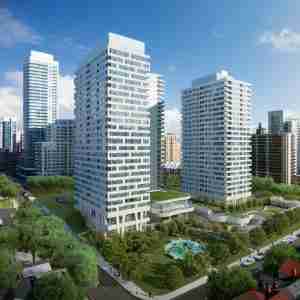 Vaughan, ON – Two industry leaders in two Ontario associations are calling upon the city of Toronto to invest time, money, and commitment to fix the city’s sewage and stormwater system.

The podcast focused on why Toronto is experiencing more flooding and how the issue is being addressed. A large part of the issue is that the system was built for a different era and very little has been invested in underground infrastructure to increase capacity, according to McManus and Cancian.

“We have what is referred to as a combined sewer system in Toronto and that is putting both household sewage and stormwater into the same pipe underneath roads,” says McManus. “In newer cities, those things are built separately and are diverted into different pipes and it makes it easier to manage peak flows. But in Toronto, the sewer system is designed on a very, very old model.”

The issue is of particular concern to builders of high-rise towers in downtown Toronto because they typically have parking garages that go down six or seven storeys and are subject to flooding in severe thunderstorm weather events, reports Cancian.

Builders have begun making the case for above-ground parking in new high-rise developments which would also ensure that underground aqua flows are not disrupted by develops, adds Cancian.

Both McManus and Cancian both note that the city has embarked on a multi-year plan to build a 22 km long tunnel system that will enable billions of litres of sewage and stormwater runoff to be captured.

“We’re growing the sewers at the same time we’re experiencing development,” says McManus. “The sewer system is supposed to be planned out before development. Instead, we’re doing these things concurrently.”

The podcasts cover topics related to the residential and civil construction sectors. Dave Trafford, host of the Weekend Morning Show on Newstalk 1010 in Toronto, leads the discussions. The final podcast in the nine-part series is scheduled to be released Aug. 24.