Municipalities across the country are using technology to ensure inspections continue

Necessity is the mother of all invention and when the COVID-19 pandemic struck, resulting in the shutdown of most activities, municipalities needed to re-evaluate how building inspections would be conducted. That’s when it occurred to Trevor Welsh, manager of building and bylaw enforcement for the City of White Rock, that conducting some inspections remotely using smartphones might be the answer.

With concerns surrounding inspectors going to occupied buildings and the inherent risks involved, Welsh decided to investigate the effectiveness of remote virtual inspections, something he had come across in research and guidelines published by the U.S.-based National Fire Protection Association (NFPA) for the inspection of sprinkler systems.

“We saw remote video inspections as an opportunity where we could still deliver our inspection services to our contractors, but in a way that kept everyone at a safe distance in order to protect their health.”

From that starting point, Welsh and his team began by examining Microsoft Teams, a software it was already using to see if they could leverage its video technology in order to conduct remote virtual inspections.

“Before we went all-in we did some test runs, including with the director of our IT department and with my wife at home, where we did a ‘test inspection’ on the top floor of our house.”

After some trial-and-error, residents and contractors were then offered the option of requesting a virtual inspection.

To request a virtual inspection, contractors forward an email specifying a preferred date and time. They would then receive from the city an Outlook invitation for the inspection, including an embedded video inspection link.

So far, according to Welsh, White Rock has done about a dozen virtual inspections—all conducted by him—and he has found they work best for plumbing, and in particular, final plumbing inspections.

“They’re fairly straightforward,” explains Welsh. “For example, with a final inspection for a bathroom renovation with a property owner, we are able to walk them through the steps of what we’re looking for, like ‘Is the hot on the left, cold on the right.’”

While not ideal for all inspections, such as framing, Welsh says some contractors do like the virtual inspections because of their more precise timing, “versus having to sit around the job site during the three or four-hour window waiting for the inspector.”

An added bonus of employing virtual inspections has been the opportunity of using them to help train new inspectors, says Welsh.

“The new inspector will be on site and I’m able to login to reduce the number of people on site and assist them with the inspection if they have any questions or need a second opinion.”

When things do return to normal, Welsh thinks there will still be a place for remote virtual inspections.

“We’re still evaluating them, but I don’t see a point in us prohibiting the option for remote virtual inspections. It does provide us a different level of service to be available for residents and contractors.

“As we learn more about them, we might define it for very specific inspection types where it would be allowable.”

Some might see virtual inspections as resulting in big cost savings for municipalities, with reductions in travel time and the ability to conduct more inspections. Welsh says while that might be true for larger cities, White Rock being a very small geographical jurisdiction—five square kilometres—the cost savings may not equate to what would be delivered with in-person inspections.

“It would be more cost beneficial in a larger municipality.” 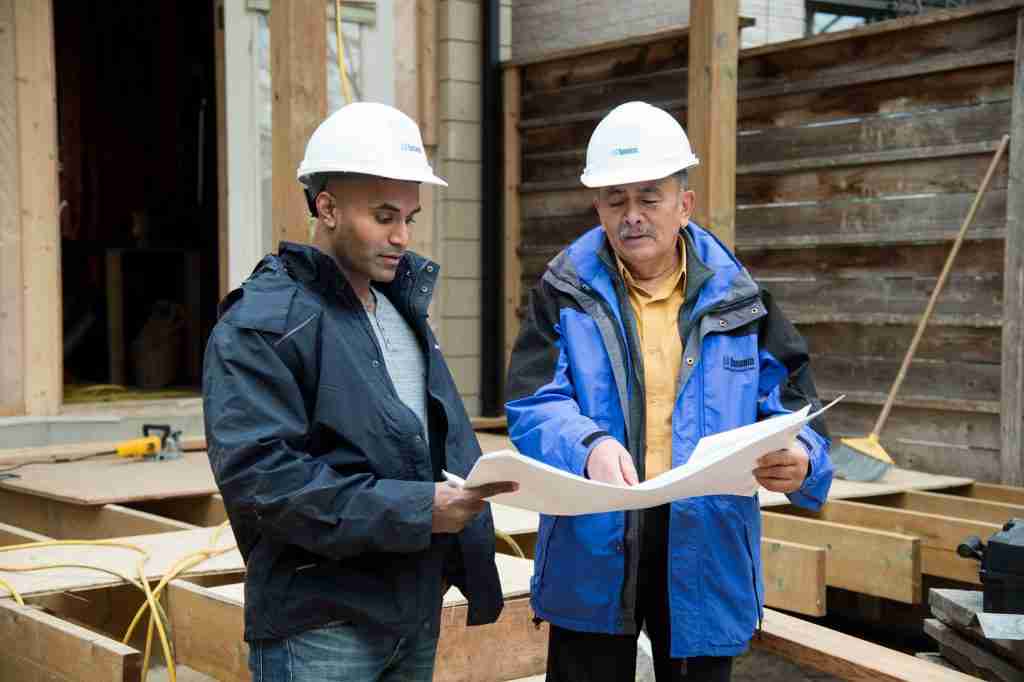 COVID-19 has severely impacted in-person building inspections, but municipalities have been adept at using technology to keep things moving. Photo: City of Toronto

When construction ground to a halt in Toronto in April because of COVID-19, building officials with the City of Toronto had to balance the safety of their inspectors with the need to keep important construction projects moving forward.

“The largest impact the pandemic had on our ability to deliver services was the City of Toronto having to put in enhanced health and safety protocols in place in order to enable our inspectors to do their inspections in a safe manner,” says Will Johnston, Chief Building Official and Executive Director, Toronto Building.

During the weeks it took to implement safety protocols that would allow inspectors to return to work, Johnston says, some technology was used to allow construction to continue, though not with virtual inspections.

“We were very conscious of the fact that we didn’t want to become a barrier to stopping the ability to construction to proceed.

“What we did was allowed the registered professionals to provide us with reports— including photos and video—to document the work that was being done and demonstrate that the work was being carried out in compliance with city requirements and regulations in lieu of a city inspection.”

Inspectors were working from home reviewing the reports and if they had any questions, they would contact the site to request any additional documentation they needed before signing off.

Johnston says that using technology is something Toronto has an interest in doing in the future, but “because right now our protocols are working, there hasn’t been a need.”

Currently, with the help of both the construction industry and the city, things are running smoothly, says Johnston.