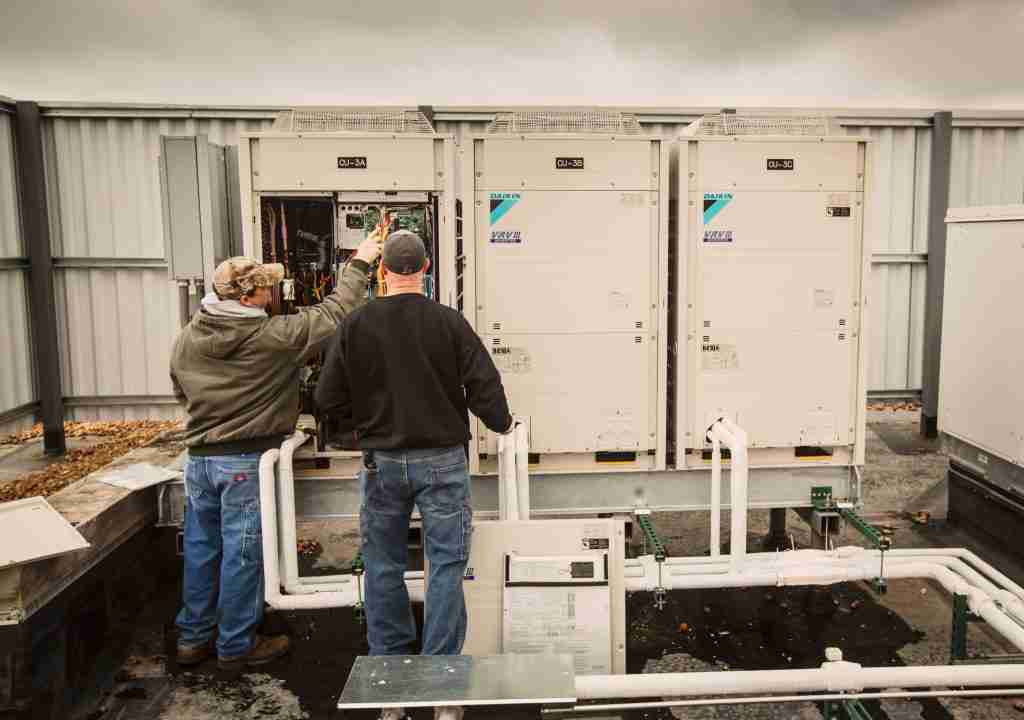 VRF technology has been around for decades and can now be considered a time-tested technology.

The recent resurgence of VRF systems in retrofits and new projects may partially be due to younger engineers entering the industry.

Events come in threes. Having avoided serious disasters myself, I find myself sitting at my desk working on various projects I’ve designed at a slower pace than when I was at Techaire Systems Canada generating work. 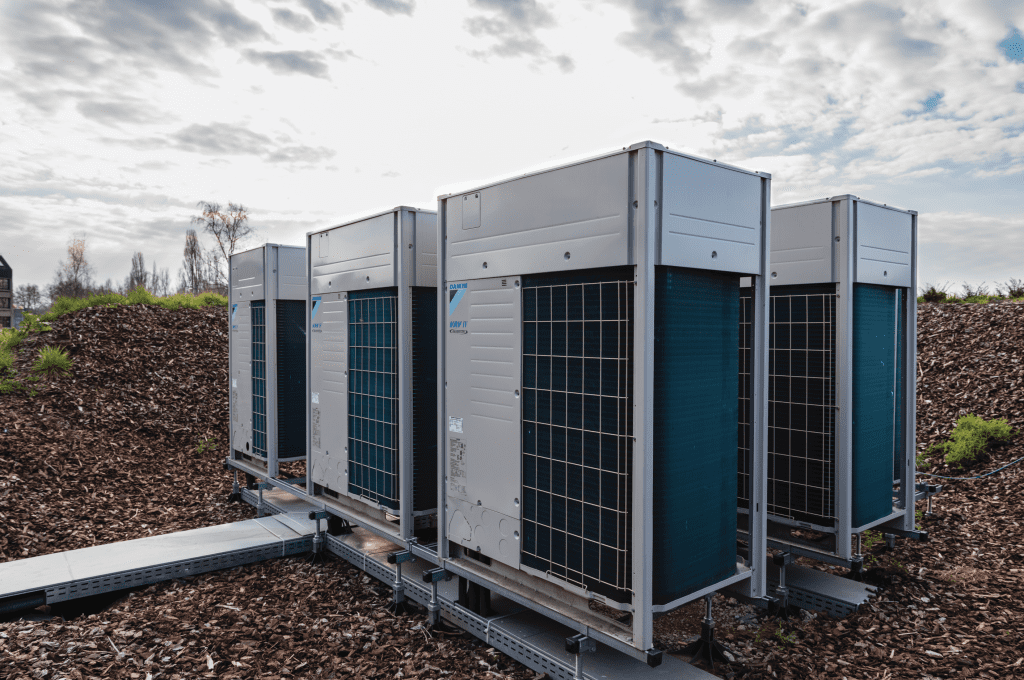 The younger generation is one of the reasons there is a resurgence of VRF technology.

The project mix has been varied, as you can imagine. New and retrofitted car dealerships have been a niche market for me since 1986. I have two in progress and one currently being designed.

I have, up until recently, avoided using variable refrigerant flow (VRF) systems because I have always been leery of what I’ll call “engineering fads.” By that, I’m referring to the new system types that undergo torture testing at the hands of their pioneering installers. For example, first-generation variable volume and temperature (VVT) systems whose plastic damper actuator gears stripped easily and were subject to the minutest of voltage spikes.

That said, VRF, for the uninitiated, is a system of direct expansion refrigeration wherein refrigerant, be it hot gas, cold suction and liquid refrigerant, is sent directly through a network of copper lines to air handlers located within conditioned zones. By virtue of this, the system can provide simultaneous heating and cooling throughout the area of concern. This is advantageous when compared with standard split systems which do not have that capability.

My main reservation regarding VRF was a fear of losing an entire refrigerant charge due to leakage; forgetting, of course, that licensed refrigeration mechanics are highly skilled professionals that know what they’re doing. 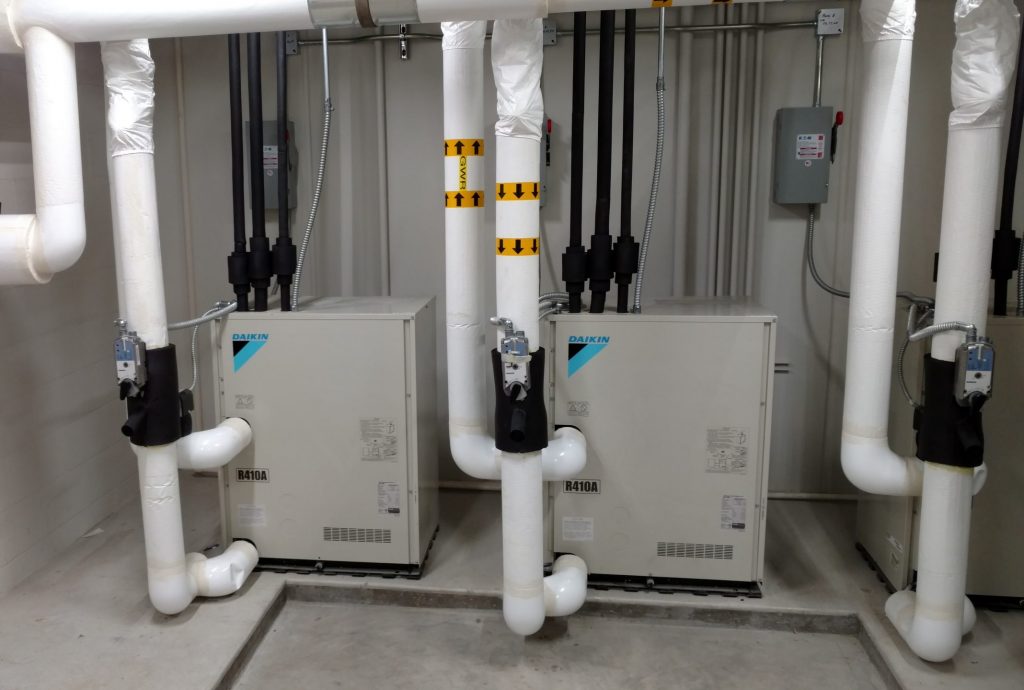 R-410A has commonly been used as a replacement to R-22, which has higher ozone depletion potential.

I know that VRF systems have been around for quite a while, and I’ve been told that they work well due to the simultaneous heating and cooling from single condensing units, but so far I’ve not had any projects where that type of gear would be better than other types.

So, getting back to things coming in threes:

I was sent a “request for quotation” from an architectural firm for the mechanical upgrades for a yacht club in 2019 and am involved now with the various segments of that project, which will be ongoing until well into 2021. The same architects involved me in mechanical upgrades to five Toronto Community Housing Corporation (TCHC) hubs in Scarborough. These are offices for the TCHC staff and are located in ground-level suites in 40-year-old high-rise apartment buildings. Thirdly, a retirement home in Scarborough has decided to convert a number of basement storage areas into offices. 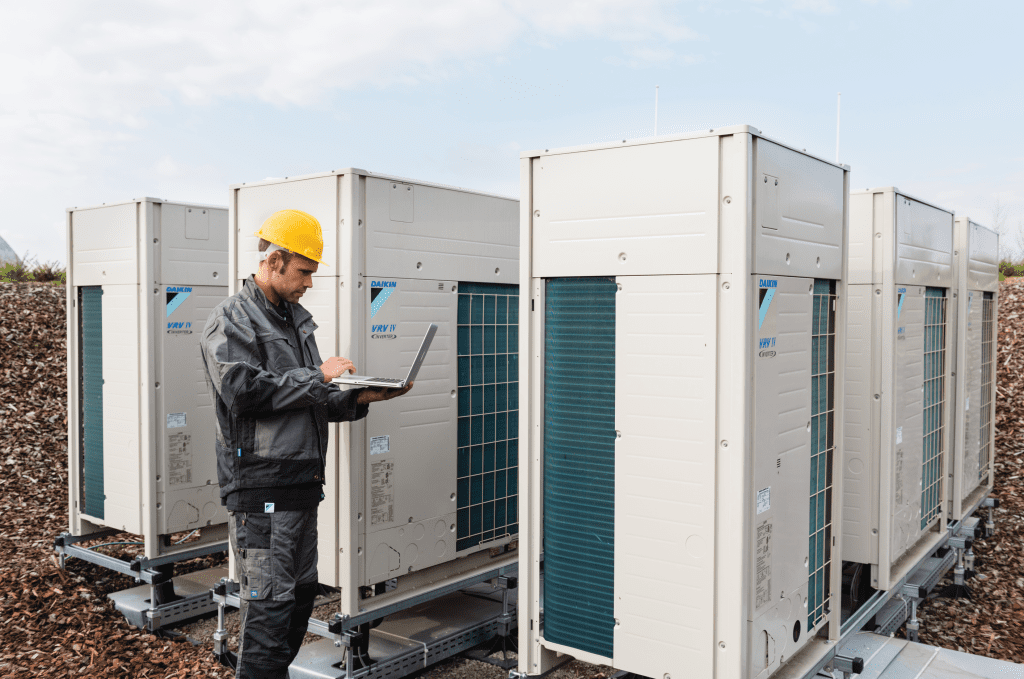 In each instance, I ran room-by-room heating/cooling load calculations and got an idea of what was required to maintain comfort conditions. Many of the rooms in those places needed fractional tonnages of cooling, which would require extensive runs of tough-to-conceal ductwork and VVT controls.

Ducts deeper than 12-inches wouldn’t have fit in many areas because of the low ceiling heights. In any case, snaking the runouts in and around light fixtures and sprinkler heads would have been a chore. Small, room-by-room ductless VRF spilt units coupled to outdoor-mounted condensing units seemed to be the ideal solution, versus VVT or other equipment types.

I believe in relying upon suppliers’ representatives’ advice in sizing and laying out their equipment in most instances, so I put a call in to James Kelly of DXS, Toronto, a division of HTS Engineering, Toronto, and with his help laid in their Daikin, Minneapolis, Minnesota, equipment on all of the projects.

What I find attractive about the units we are using is the low profile of the air handling units, which are an assortment of fan coils and 24-by-24-inch cassettes. That, plus the possibility of providing heat in one area while cooling another sold me on the concept.

One of the projects will have units installed in the ceilings of their two kitchens. That will allow us to cool the occupants while they work in front of hot kitchen equipment, year-round, and there will be a contribution to the heating aspect of the system, in that case, through heat recovery.

I like the fact that the condensing units are slim, fairly light in weight and quiet operating. In the case of the TCHC buildings, where they are not protected from vandalism by fencing, we can easily mount them above-ground on wall brackets. I think you’ll find me using VRF systems more frequently in future.

I have had to handle a number of server rooms lately. VRF allows you to scoop heat from the servers and put it into other areas that require it. I’m also thinking it would do a good job of handling a five-storey condominium building located in a very old former industrial building in Toronto’s east end. 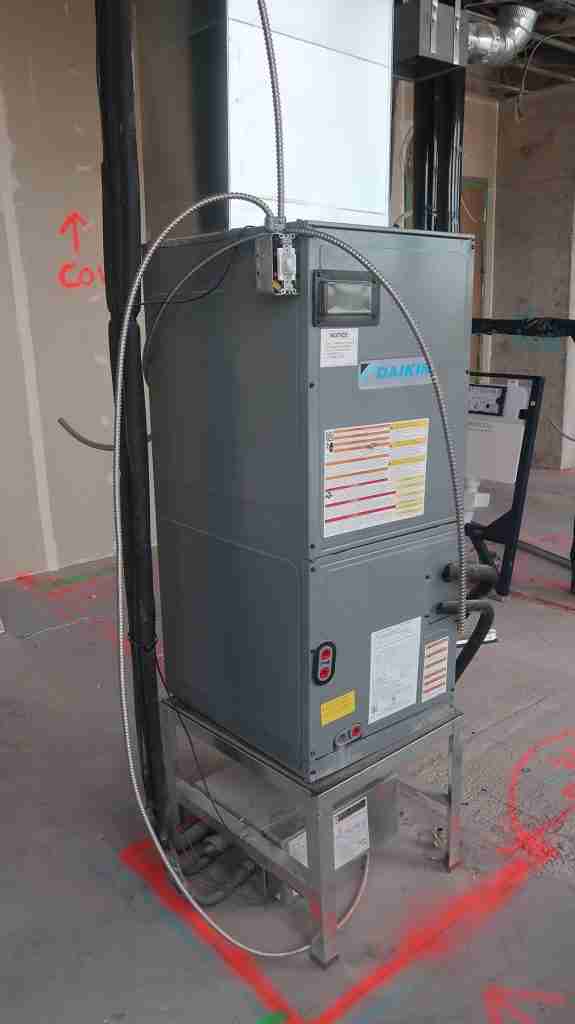 A Daikin VRF vertical coil unit at The Jack condominium in Toronto.

Another aspect of VRF, and it is one I’ve seldom touched upon in any of my articles, is the fact that the people who sell the equipment are, in general, recent grads and engineers in training.

The men and women coming out of engineering and technology schools are really hip in terms of electronic media, CAD and BIM design programs and their product knowledge is extensive. For a guy who got through two years of engineering using a slide ruler, it’s a mind-blowing contrast.

I’ll sum up by saying this: VRF is now a time-tested form of technology and the bugs have been sorted out through experience and continuous product upgrade. It allows for what I’ll call intimate zoning, with air handlers as small as half-ton for individual offices. VRF equipment can be made to fit into spaces that would preclude the use of extensive ducts, and it allows simultaneous heating and cooling to happen in the same system. Lastly, the backup, in terms of engineering expertise and factory service, is exemplary. I guess you can say I’ve been sold on the concept.