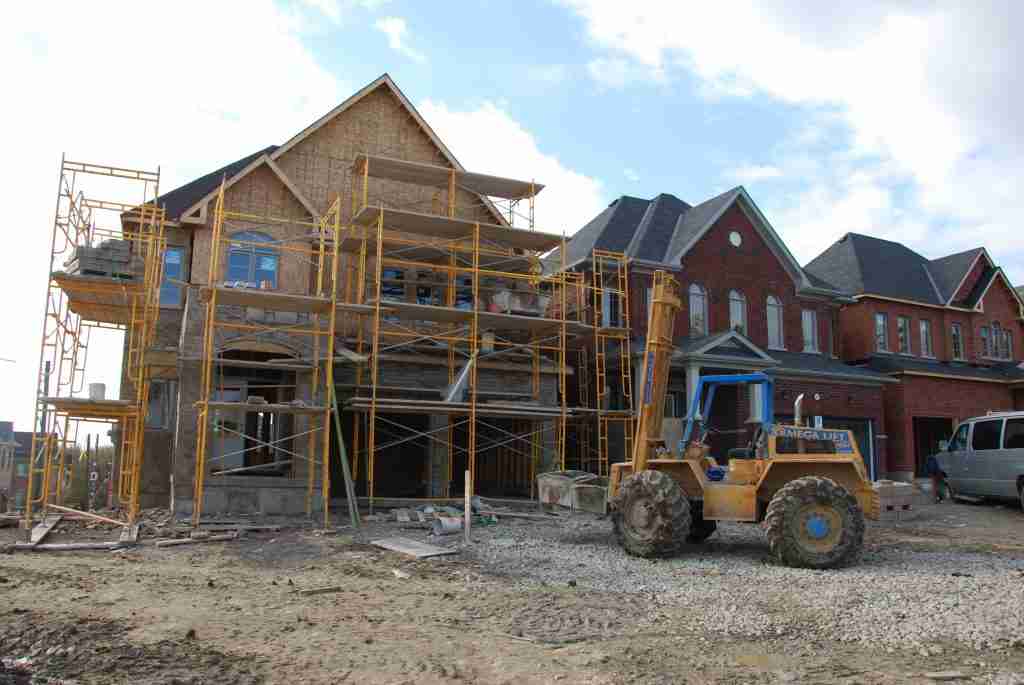 The Canadian Institute of Plumbing and Heating is pushing for the next set of dates for Vancouver’s Net Zero Building Plan to be pushed another 18 to 24 months.

All eyes are fixed on Vancouver as their climate initiatives are expected to have national implications.

The City of Vancouver launched the “Greenest City Action Plan” back in 2015, which set the goal for them to become the greenest city in the world by 2020. Since then, the city has launched other initiatives which look at combating the global climate crisis—queue the Zero Emission Building Plan.

The idea behind the program is to establish a flexible, yet phased approach to reducing carbon pollution in the city. It sets targets and actions to achieve zero emissions in all new buildings by 2030. It does not focus on retrofitting buildings.

“Governments across the world and in the City of Vancouver recognize that there is a climate emergency and to address it, we need to start rapidly reducing greenhouse gas emissions in Vancouver,” said Sean Pander, manager of the Green Buildings Program at the City of Vancouver. “The burning of natural gas in buildings is the single biggest source of emissions—that’s largely heating and hot water in buildings. Obviously, you can’t address the climate emergency without tackling the biggest source of emissions.” Greenhouse gases include carbon dioxide, methane, and nitrous oxide, with carbon dioxide as the primary contributor to climate change. According to the Climate Emergency Action Plan, by the City of Vancouver, the biggest local sources of burning fossil fuels is vehicles (at 39 per cent), and buildings (at 54 per cent).

Since the initial adoption by the council five years ago, there has been a series of steps; all of which have been approved by the city council.

The next and final step for detached homes is set to be launched on Jan. 1, 2022; the entire building plan does deal with more than just detached homes. It has hit a bit of a roadblock.

In April 2021, the Canadian Institute of Plumbing & Heating (CIPH) sent a letter to Kennedy Stewart, mayor of the City of Vancouver, addressing concerns regarding the rollout for the next step. “Our industry is fine with the direction the City wants to take,” explains Dave Hughes, technical advisor for CIPH. “We just think that it’s rolling out way too fast and without enough product in the marketplace. There is the potential for something like this failing and sending them back. We want to help the City of Vancouver, but we just want to make sure that it happens in a reasonable fashion.” The association is looking for the city to push the next dates another 18 to 24 months.

A consultation period was set in 2019 with industry stakeholders and the most recent step was approved by the council in spring 2020. “Our focus is on transition; let’s not make everything happen all at once. Let’s build the supply chains,” explains Pander. Although there was concern about having enough manufacturers of products that will qualify under the Zero Emission Building Plan, there are over 600 manufacturers of this equipment around the world, according to Pander.

“It needs to be a transition that’s managed according to a timeframe that the industry has clear sight of so they can plan accordingly,” said Martin Luymes, vice president, government and stakeholder relations at the Heating, Refrigeration and Air Conditioning Institute of Canada (HRAI). They have not specifically asked to move the current timeframe; they do believe it should be an open conversation with the City if the industry isn’t quite ready for changes.

The program is only expected to affect between 600 and 1,000 homes. “British Columbia has a surplus of electricity and in particular clean electricity,” said Pander. He says that there shouldn’t be a concern then regarding whether or not the electricity grid can handle the electrical load required to heat these new homes.

It should be noted that CIPH has taken a fuel-neutral approach; they argue that the city is missing an opportunity by not exploring hydrogen as an alternative fuel source. According to the association, the City expressed concern about whether or not this technology is coming to market. Whereas Hughes explains that the technology is already on their doorstep.

Other issues were flagged regarding hydrogen as a heating source, particularly surrounding its distribution. “We support the idea of exploring renewable natural gas and the benefits it brings over a period of time,” explains Luymes. “Like transitioning to electrified forms of heating, there needs to be some consideration of hydrogen as a fuel.” HRAI, along with TECA and CIPH, has been working with the city to ensure that the proper training is in place for the technicians responsible for installing the heat pumps. More on this later. HRAI has said they also take a fuel-neutral approach.

One issue that occurs with the distribution of hydrogen gas is its size. The tiny molecule needs specific types of piping to move the gas because leakage could be an issue. Utility companies in various parts of the country have been working to solve this issue, explains Luymes.

“My point about raising all that is that stuff needs to be in the mix of the discussion as well,” he said. “It’s something that we’re not saying no to it. We’re saying the transition needs to be done in a timeframe that the industry can manage, and that means having equipment that’s available for consumers and that’s market-ready. It means having people in place to install it, service it, and so on.”

Currently, in British Columbia, there is no residential refrigeration license, which would be required for installing products that meet the Zero Emission Building Plan in Vancouver. At the commercial level, there is a Red Seal refrigeration ticket.

“We’re a little bit concerned about the proliferation of heat pumps in the residential market,” said Luymes. “It has become a very popular technology and the lack of qualified people available to install and service that equipment is a problem pretty much everywhere except in Ontario because they adopted this trade years ago.” On the opposite side of the country, in Atlantic Canada, there has been a recent surge in residential heat pumps due to rebate programs.

Training is expected to be available in summer 2021—“In addition, CIPH asked that we help fund and work with them to develop the necessary contractor training,” said Pander. “We’ve agreed upon what the important insights are and the lessons that contractors and designers are going to need.”

“We really have benefited from working with CIPH,” said Pander. “There was a gap in the training for trades and designers that we’ve been working with them and funding completely the development of that training. I think it has made the plan better and it will make the rollout more successful”

Since the initial consultation process back in 2019, the City has been working with industry associations to ensure the trades are ready for the changes under the program. This has meant that dates have been pushed in the past. For example, there was concern with previous dates due to the global pandemic. The City understood industry concern with that and moved the dates to the current Jan. 1, 2022 timeframe.

Eyes to the West

The Zero Emission Building Plan is expected to have national implications, as a sort of test lab. This is both a good and troublesome part of the program. The industry does see the benefits of testing these programs out in smaller geographical areas compared to provincially or federally. However, the harmonization of codes has been an initiative that both CIPH and HRAI have been pushing for. “I guess a concern would be that we’ve always preferred provinces, and by extension municipalities, to act in a harmonious way and that they all kind of move down the path at the same time. This is obviously more manageable for industry,” said Luymes. “We definitely support that notion in principle. We do understand that they would want to almost form like a test lab. We want to try ideas. That is where we’re going, and things like Step Code was an innovative idea developed in British Columbia.”

At the end of the day, the City, along with industry associations, has expressed a desire to work with each other to ensure the industry is prepared for the climate initiatives the City is moving towards. “We think that’s a really rational way to begin the transition,” said Pander. “It’s going to have to be much larger but it’s going to roll out over 10 to 20 years when we start talking about all buildings—new and existing. This is a great place to start.”