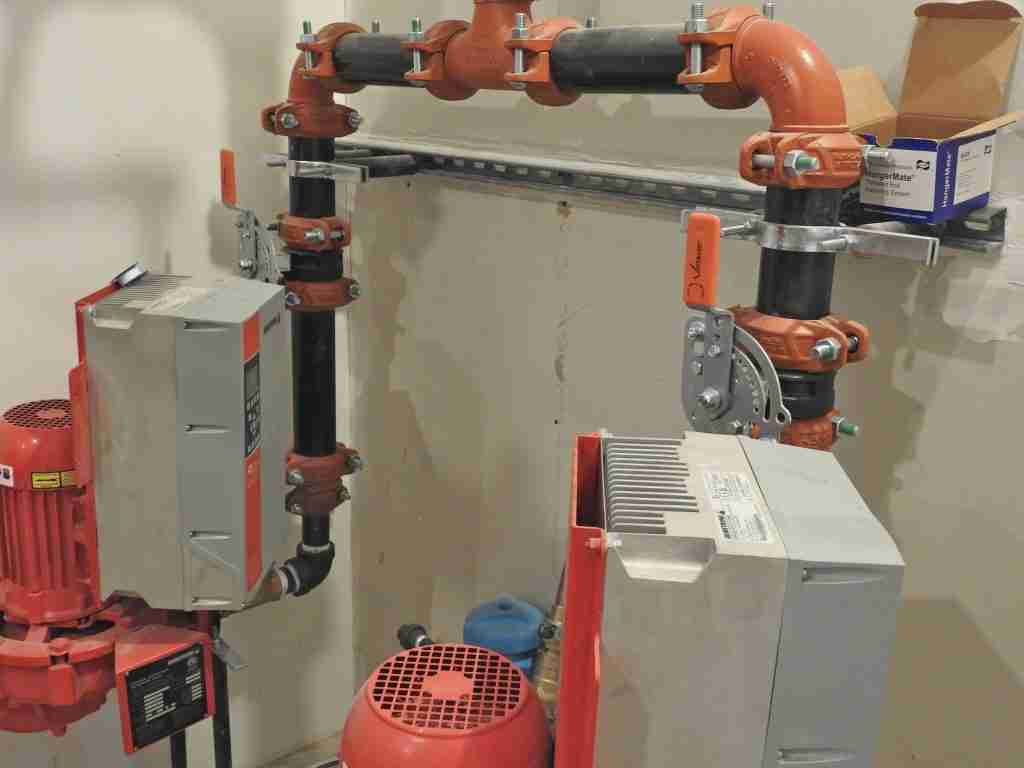 Although VFD drives are not the newest technology using ECM motors, they are a popular choice for commercial applications.

Designing hydronic systems using centrifugal circulators is now a common practice in the industry, but the number of options available has increased over the past 25 years

At the heart of every hydronic system is the circulating pump. They are a simple device in theory, but high-quality circulators are complex to manufacture, requiring top-notch materials of construction and a high level of precision if they are to perform to specification and provide a long service life.

Forced circulation of heating and cooling water has only been around for around 100 years when inventors developed methods of turning electrical energy into mechanical energy to increase water flow in gravity hot water heating systems. A few methods were used, with the industry soon settling on the centrifugal impeller as the best design. When enclosed in a pump body, the rotating impeller “throws” water down the pipe, creating a negative pressure at the eye of the impeller, drawing in more water.

At first, three-piece circulators were the standard and are still used today in larger commercial applications. A pump body with an impeller is connected to a bearing assembly (using oil as a lubricant) which connects the electric motor to the impeller.

The basics of designing hydronic systems with centrifugal circulators haven’t changed, but several innovative manufacturers have increased our options dramatically, especially in the past 25 years. Most circulators operate at a fixed rotational speed, and manufacturers can tweak their impeller size and design, and/or their motor speed to tailor the fluid flow volume and pressure for many different system operating parameters.

Figure 1 shows a basic pump curve and system resistance curve. These pump curve charts are essential for hydronic professionals to fully understand how to properly design, service, and troubleshoot. 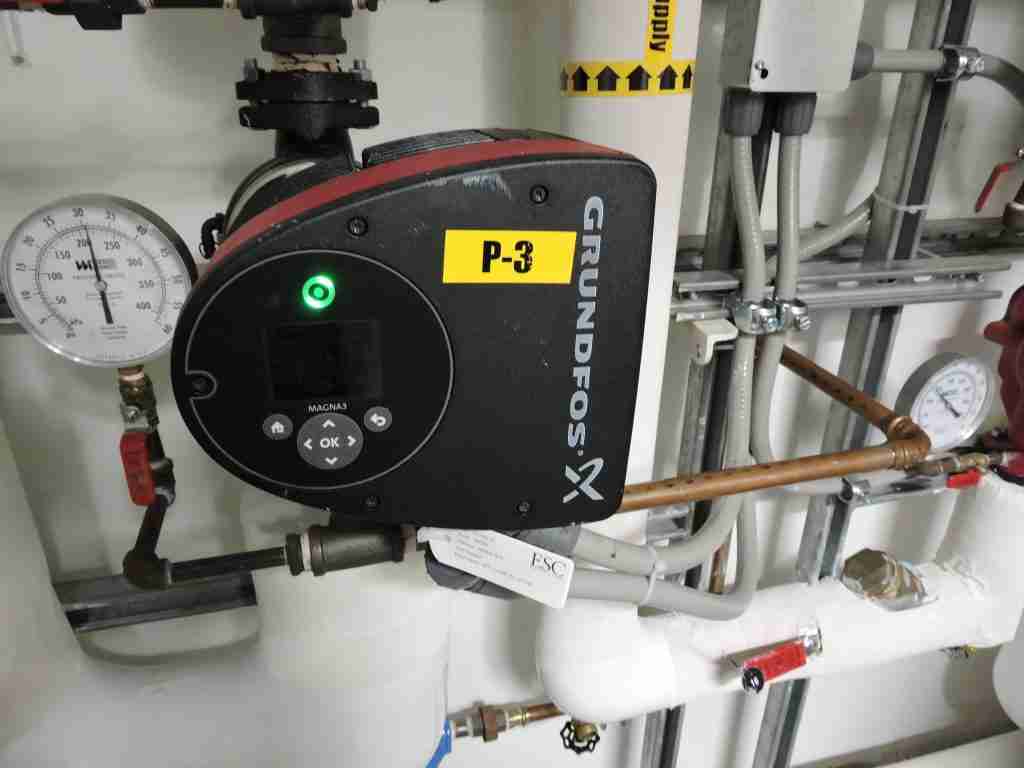 The Grundfos Magna3 circulator pump has been used in applications throughout Canada, including one installed in a Vancouver Island school.

The notes on the illustration tell the tale, but here is the short explanation of how to read a pump curve: The pump is running at a fixed speed—If you block (deadhead) the pump outlet so there is no flow, the pressure will “back up the curve” to the maximum head that the impeller is capable of producing. You can do this briefly with a smaller pump to confirm it is operating to specifications, but do not dead-head large (over one HP) or high-speed pumps as they can be damaged.

If there is no system piping resistance, the pump will “run out” to the maximum flow it is capable of producing. It will be working hard, and the power consumption will be at its highest. Opening all zone and balancing valves will show a reduction in head and an increase in flow to the maximum possible, with that particular pump in that particular system.

As each valve is closed again, the pressure will back up the curve incrementally as flow is reduced. The operating point of a pump in a zoned system should vary along the middle part of the curve.

If the pressure rides at either end of the curve, the pump selection should be reviewed as it is likely over- or under-sized. 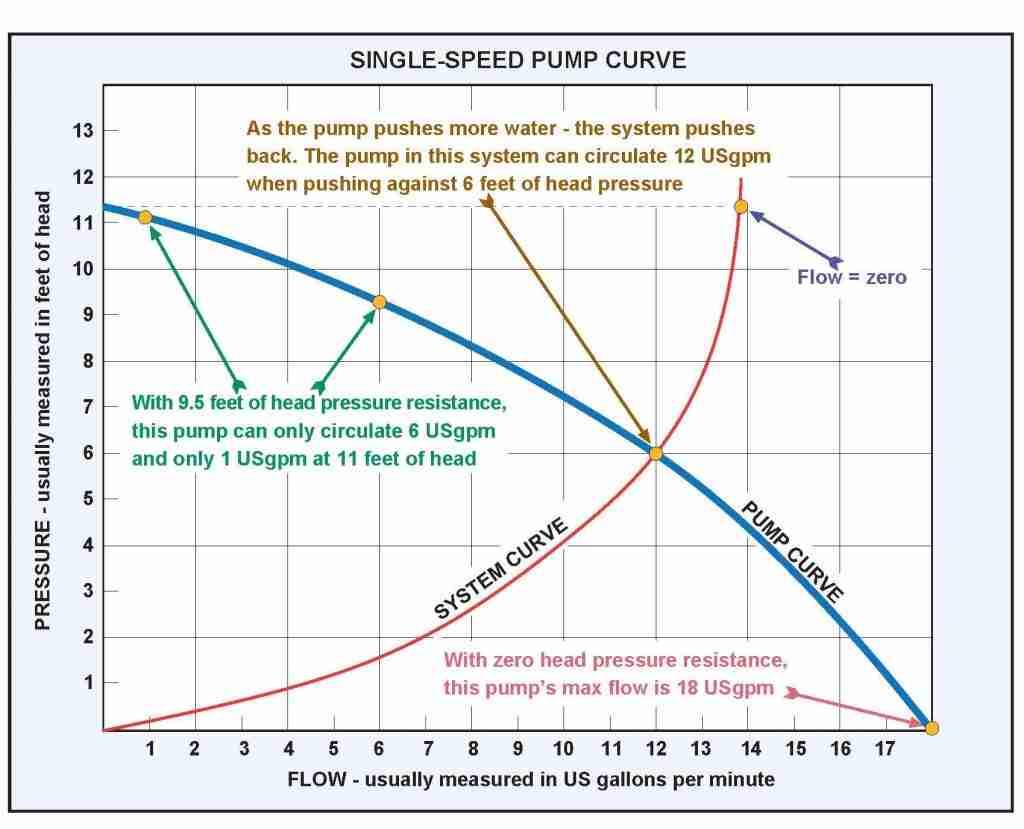 Figure 1. When some zones close, the circuit resistance increases and the pump backs the curve up.

Innovations in circulator design have come at us in waves. The first wet rotor pumps faced issues with bearing wear and seizing. Manufacturers rolled up their sleeves and fixed the problems. System designers found that many smaller pump offerings had pump curves that didn’t quite fit with their system designs. Manufacturers developed more and more pump models to try and satisfy the many needs of increasingly complex hydronic designs.

In the commercial pump world, larger pumps have always been highly customizable with multiple impeller choices and the ability to trim impellers to hit a precise point on a pump curve. Additionally, commercial pumps are customizable through various motor selections and the ability to vary their speed using variable frequency drives which can, in essence, allow operators to dynamically “find” the sweet spot as a system is running.

Up until the mid-1990s, variable speed operation of small circulators, as well as customizing impellers, was not practical due to their price point. The multi-speed circulator became a popular workaround in the industry.

All of the major pump manufacturers serving our market now have multi-speed offerings available. Multi-speed pumps allow wholesalers and contractors to reduce stock because one pump model can fit many systems. They also allow for future system expansion and the ability to fine-tune flow to system requirements by picking the curve that best matches the system.

Figure 2 shows three curves and three operation points on the same system curve. Some installers use trial and error with different speeds to find the happiest operation. Unfortunately, many others just crank it to the highest speed. The trial-and-error method has been instructional to many designers, showing that they were often oversizing circulators. Many systems were seen to be just fine at lower speed settings. 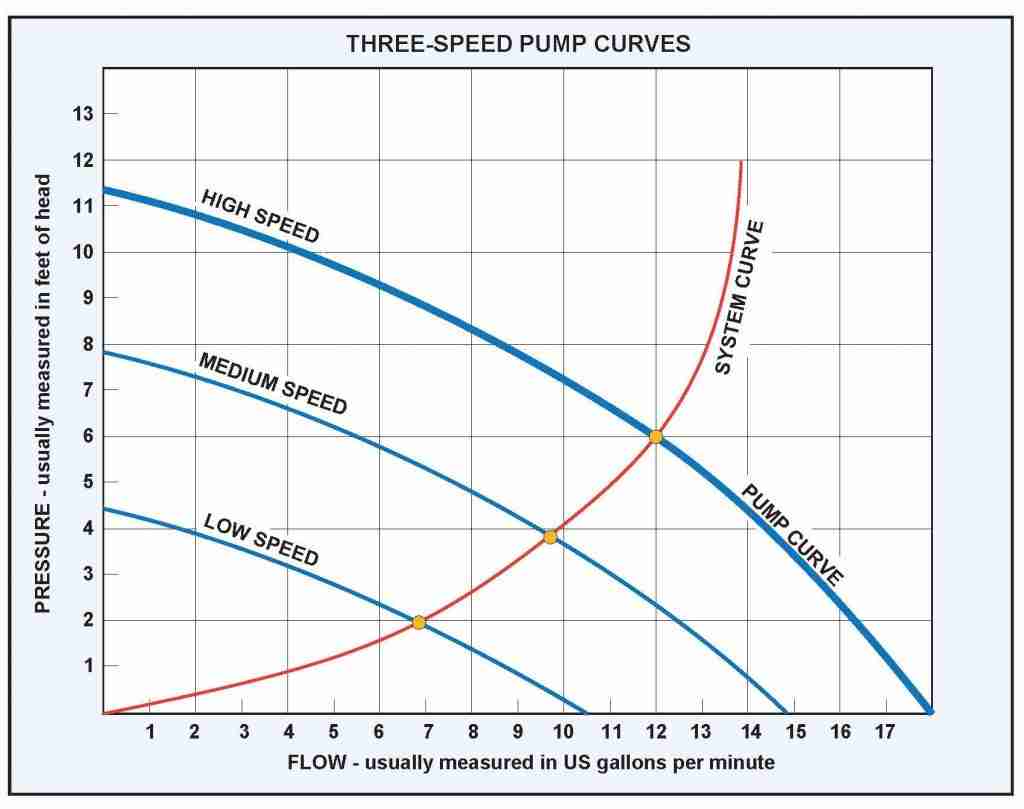 Figure 2. On one system curve, there can be three operation points. Some installers use a trial-and-error method to find the best speed, which has been instructional to designers that might have been over-sizing circulators.

The quest for affordable variable speed circulators for the residential and light commercial market has resulted in a great deal of innovation over the last 25 years. Tekmar Control Systems in Vernon, B.C., developed controls that would vary the electrical input to standard wet-rotor pumps back in the early 1990’s—I was there at the time. Used by Tekmar for operating a circulator as an injection mixing pump, some pump manufacturers tried a few different twists including Delta T temperature control with mixed results.

Meanwhile, over in Europe, the quest for higher levels of energy efficiency brought a different technology to the forefront. Enter the ECM motor and with it a whole new wave of innovation.

Many of us in the hydronics industry have been “nerding-out” for decades over the idea of using ECM motors and control hardware/software to do clever applications with circulators.

The driving force behind the adoption of ECM motors was energy savings. These motors are highly efficient at lower speeds, have ample torque at lower speeds, and are easily commanded by microprocessor controls to go to any speed the software dictates. All of a sudden, the “what ifs” heard during late-night trade show conversations were now possible and wowie-zowie did the manufacturers step up.

All major pump manufacturers serving our market have come out with innovative offerings that are all of a sudden possible because of ECM motors. I will explore the options in another article someday. My last pump curve chart illustrates one of the features that has become common practice from many of these new pump designs; it is called “proportional pressure control” (PPC).

When you examine a fixed-speed pump curve, it is pretty clear that you are often wasting a lot of energy with no benefit and the curves are actually backwards from what they should be. Looking at the Figure 1 chart, when some zones close, the circuit resistance increases and the pump backs up the curve. 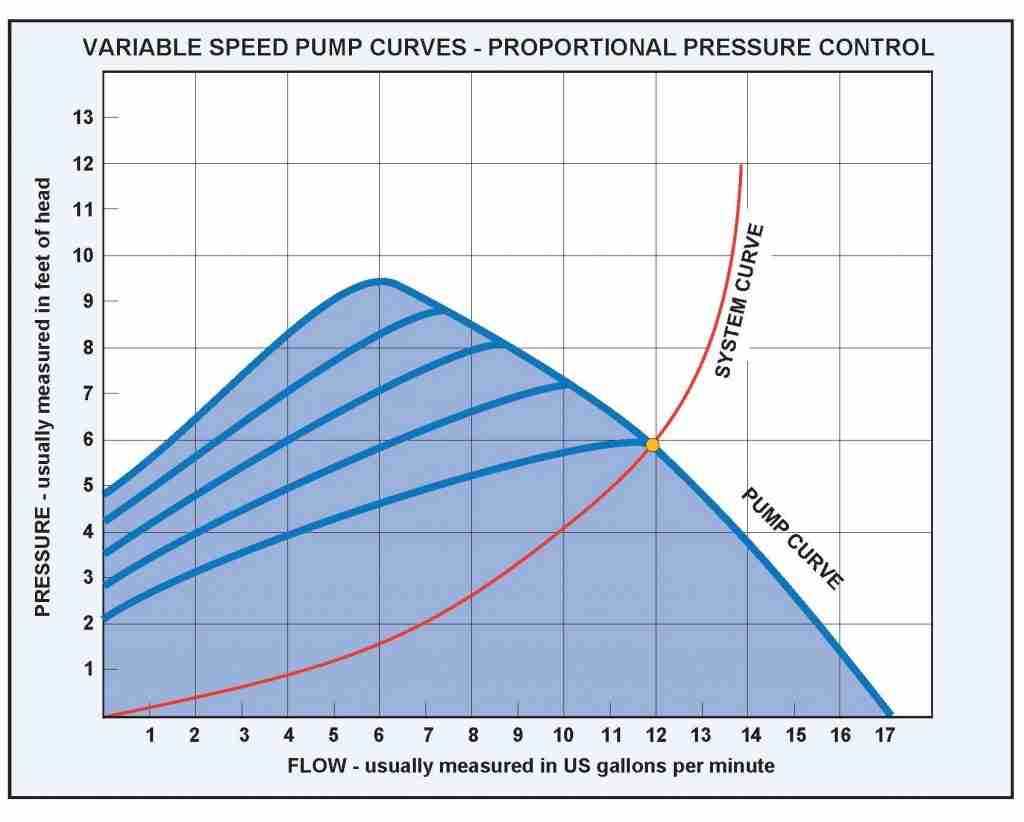 Figure 3. These pump curves, for an ECM variable speed pump, have been tailored for proportional pressure control.

The pump then produces nine feet of head along with higher than necessary fluid velocity to deliver only six GPM. Multi-zoned systems actually have as many system curves as zones and the operating point is always moving. Ideally, the pump curve should mirror the system curve, and the software gnomes can make that happen with some computer code magic.

Figure 3 shows pump curves for an ECM variable speed pump tailored by software engineers for PPC. Bonus—one can select from many curves to tweak pump efficiency even more. Of course, it is more complicated than that, and we will dig deeper another time to examine some of the new options offered, and how you would best apply them. Hint, it isn’t that simple.