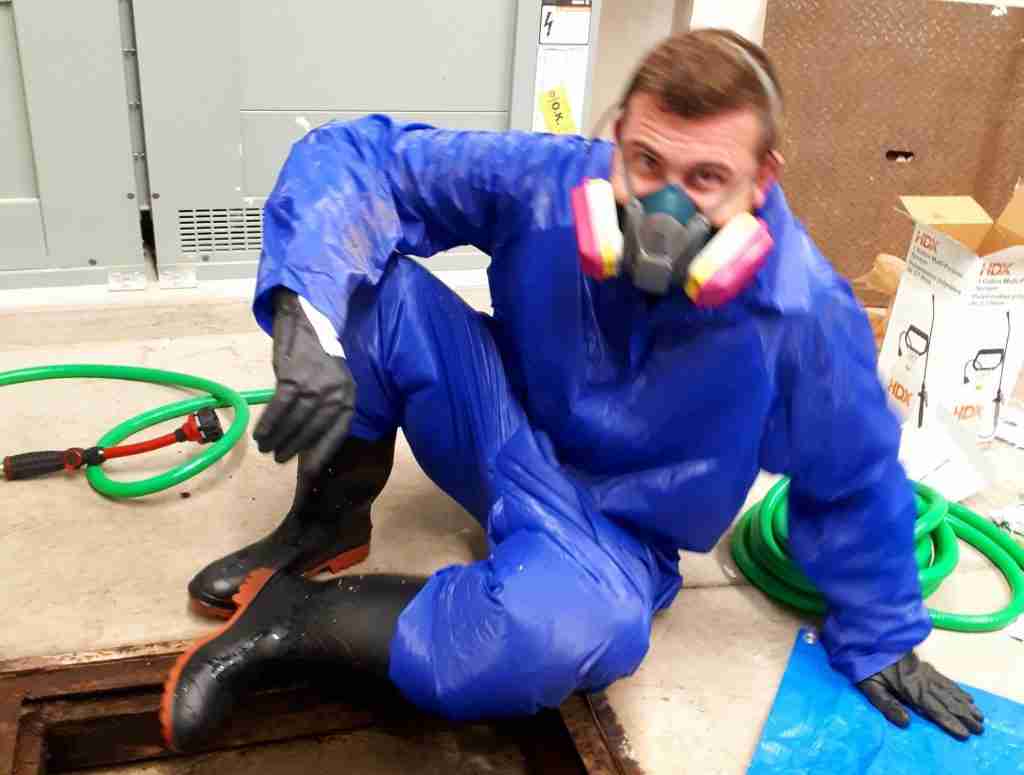 One day Mark Evans and associate Chuck Popp, pictured, were called upon to install a new pump, two-stage float switch and high-level alarm in a sewage pit after the existing equipment had been destroyed when a previous contractor tried to “snake out the drain” without understanding the system.

Contracting companies appear to be on the mend after a tough few months during the global pandemic, reports the Ontario Construction Secretariat (OCS), which has just released its third “Coronavirus Contractor Survey”.

The top concerns for contractors in the third survey were a potential second wave of COVID-19, ensuring the health and safety of workers, lack of skilled labour, and supply chain disruptions. “We need to continue to be vigilant so as not to create a second wave. Together we can do this,” said one respondent.

On a positive note, more contractors appear to be starting the get things back to normal. Only five per cent reported that all construction activities were still fully stopped. However, 41 per cent of work scheduled to start this year is still delayed.

Contractors are expecting a 13 per cent increase in project costs on average due to new PPE and physical distancing requirements.

Those that are able to are starting to bid on more work, with 53 per cent now doing the same amount of work or more bidding than usual, compared to 38 per cent at the time of the previous survey.

That doesn’t mean that contractors aren’t still feeling the effects. “My projects are usually up to $15 million in contracts by this time every year. Now, I only have about $3 million on the books,” said one respondent.

Eighty-eight per cent of contractors have observed that owners are now including new health and safety requirements on their projects.

While on the jobsite, 93 per cent believe they meet enhanced sanitation standards on their sites, 42 per cent believe the morale of their workers has improved because of the enhanced sanitation standards, over two-thirds want enhanced sanitation practices to continue permanently, and just over half contractors have observed an increase in government enforcement of health and safety standards. “We embarked on an educational program for COVID-19, which seemed to have helped out workers understand the situation. Once we established and followed the guidelines out morale started to improve,” wrote one contractor.

There has been little improvement in supply chain issues caused by the virus since the first survey in this series, with two-thirds of contractors still reporting a medium or high impact. And one-third of contractors have experienced significant delays in getting building permits processed.