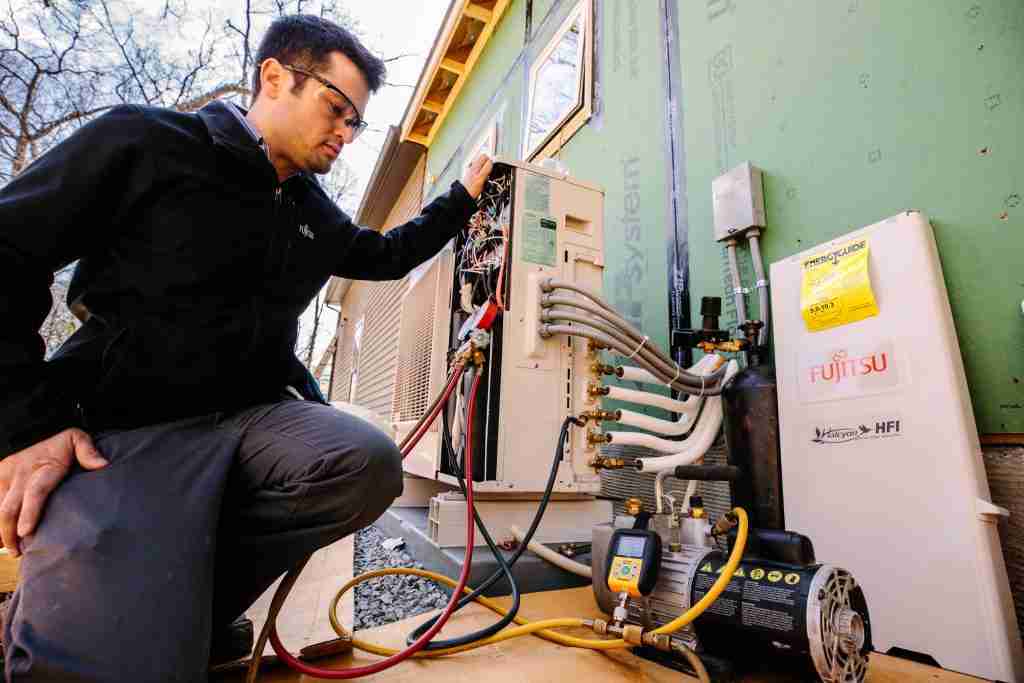 When people talk about Canadian weather, winter tends to get all of the attention. We are certainly not known for hot summers, yet homeowners shouldn’t overlook their cooling needs.

With the technical advances made in heat pumps, ductless heating and air conditioning systems have gained a lot of ground in the Canadian and North American markets in recent years.

“Ductless heating and cooling is the primary method used across and the main reason for this is simplicity,” says Abhishek Sadhya, product manager-sales, with Barrie, Ont.-based Napoleon. They are also very efficient and trouble-free because they’ve been used successfully under many conditions and in jurisdictions across the world.”

With the increased performance of heat pumps, contractors and homeowners have adapted to them because they work and that wasn’t how it was 20 years ago, says Tom Carney, director of residential sales, with Fujitsu General America.

“We are moving out of the early adopter stage and really hitting critical mass.” 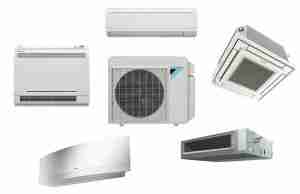 According to Connie Schroder, Daikin’s senior product manager – single and multi-zone systems, ductless systems are a great way to treat “trouble spots” in a home, where existing equipment may not be adequately maintaining the desired comfort needs.

“These spot cooling applications, like a master bedroom or a home office, can be treated with a single-zone ductless system allowing a homeowner to control the temperature in this zone independently of others. With more people now working from home, maintaining a comfortable office all day can drastically increase a homeowner’s gas and electric bills, but adding a dedicated system for the office reduces the need to condition the rest of the home.”

“In the North American market unitary sales typically increase three to five per cent year-over-year, where ductless products are increasing by up to 20 per cent.”

Minis-split or multi-zone systems are highly flexible solutions. Whereas traditional heat pumps and central air conditioning systems force cooled and heated air through ducts, mini-split heat pumps deliver air directly into different zones. Mini-split heating and cooling systems are comprised of a small outdoor unit and one or more indoor units that require nothing more than mounting capabilities and access to electricity.

“A multi-zone system can support two to eight indoor units with a single outdoor unit, providing multiple zones in a home that can be controlled independently,” says Schroder. “[Our] ductless systems all use Daikin engineered and manufactured inverter, variable-speed compressors which are more efficient than a typical single-stage air conditioning or heat pump systems.” This not only provides lower energy consumption and cost, compared to traditional systems, but the units are also extremely quiet and help keep a more consistent indoor temperature due to the constant ramping up and down of the variable speed inverter systems. 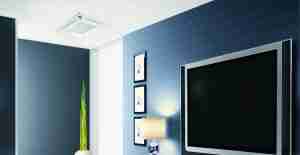 The SLZ, from Mitsubishi Electric Sales Canada, offers greater air coverage and distribution while mounting flush to the ceiling.

“A heat pump is your most efficient and cost-effective way to heat and cool the home. As long as you have electricity, you’re okay. Efficiency-wise they use the air in the atmosphere to both heat and cool, which is much more cost-effective than other fuel sources, with exception of natural gas.”

In fact, Quebec is by far the biggest heat pump market in Canada, he says, because of the lower price of electricity in that province.

The improved heat pump technology is not only more efficient than traditional heating and cooling systems, but it will be an important technology used for lowering the use of fossil fuel burning heating systems in the years to come, says Schroder.

“Inverter systems use less energy than standard single-stage systems which is better on your wallet and better for the environment. Inverter and heat pump technology has improved drastically over the past several years.”

The ability to have climate control by zone is also attractive for homeowners with hydronic heating systems, according to Ryan vanDyk, senior director – air and water solutions, Eastern U.S. and Canada, with GE Appliances, a Haier Company. 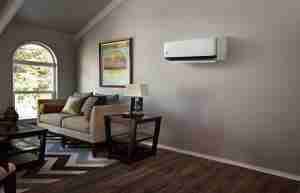 “It allows them to have efficient cooling as well as supplemental heating in a system without replacing the entire existing system.

With ductless systems in a cooling application, typically they are operating at a much higher SEER (seasonal energy efficiency ratio) rating than traditional unitary systems, which means they operate more efficiently, he explains.

“The bulk of unitary cooling systems are sold in the 13 to 14 SEER range in Canada, where the minimum with ductless systems is 16, with some having a rating of 20-plus. From an operating standpoint and how much energy they consume they’re quite a bit more efficient.”

The knock on heat pumps was that they didn’t work when it got cold outside, says vanDyk.

Most manufacturers, including GE/Haier, Fujitsu, Mitsubishi, Daikin and Napoleon offer heat pump systems that have been engineered specifically for application in cold climate regions that offer tremendous heat capacity down to as low as -35C.

The variety of ductless units and their appearance has also changed, says Carney.

“What we’re seeing a lot of is more flexibility with multi-zone systems. When people hear ductless, they think of a unit hanging on the wall, which many find aesthetically unpleasing.

Mitsubishi offers four-way cassettes, which push air in four directions and mounts in the ceiling, as well as a one-way cassette that mounts in-between ceiling joists, making it virtually invisible once it’s installed, says Sharman. 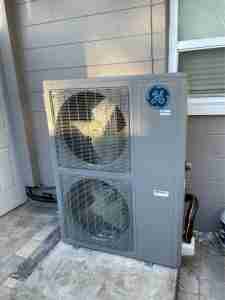 “These are much more common now—people don’t want these big clunky units on the wall anymore, they want something that is hidden away, that does the job.”

The flexibility of the indoor heads can meet any aesthetic desired look that the homeowner might be looking for, adds Carney.

“Since ductless systems do not require ductwork, adding heating and cooling to a desired area of the home will typically take less time and cost to install. Typically, all that is needed to install ductless systems is running electrical to the outdoor unit, drilling a hole through an exterior wall for refrigerant lines and then mounting a non-ducted indoor unit inside the home. In many cases, depending on the style of the indoor unit, it is not even necessary to run wires for a thermostat since many indoor units come with a hand-held wireless remote.”

“With most homes using traditional ducted systems—up to 85 per cent in North America in vanDyk’s estimation—there has been a push towards what he calls “hybrid products,” which have the same feature set that people love about ductless.

“We’re seeing this blend of the technologies because manufacturers realize that instead of trying to replace ducted systems or we can create a product that really marries those two systems to get the benefits of a ductless system as far as operating efficiency, noise and footprint, but incorporate it into an existing centrally ducted system.”

GE’s Connect Series is a side discharge Heat Pump that looks like a ductless outdoor system, paired with an air handler. It also has the flexibility to pair with an existing or new third-party furnace or air handler, as long as it has a coil.

“It is trending—trying to incorporate the best of both worlds.”