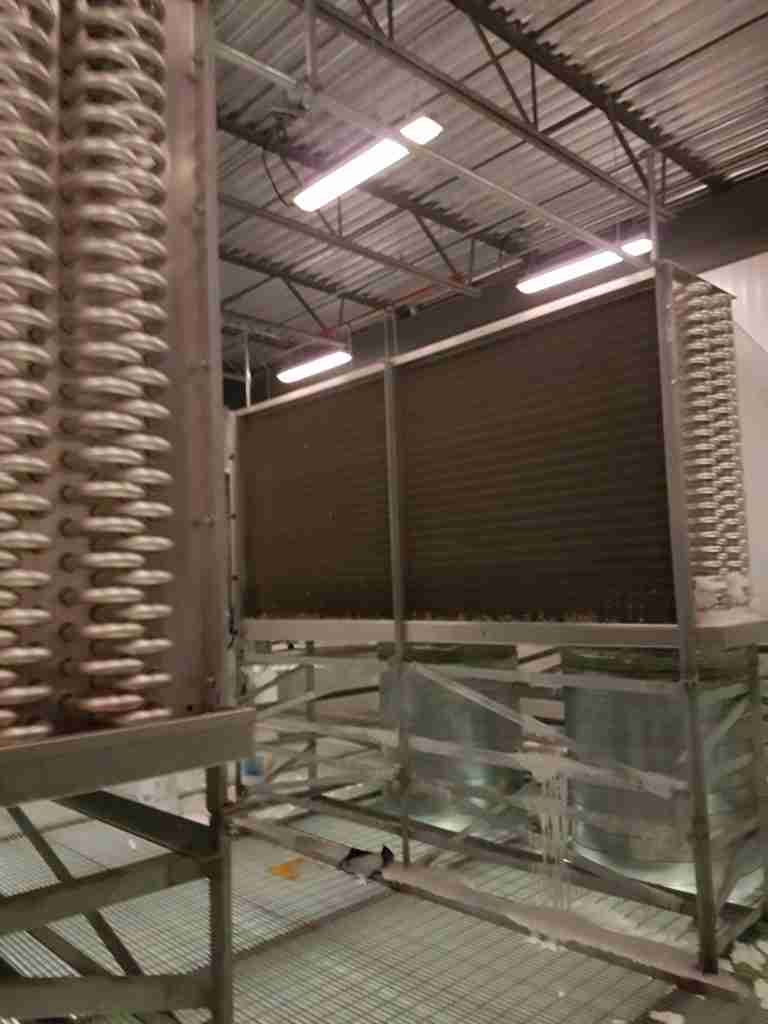 “Return air” becomes “supply air” as it moves through the evaporator as seen in this penthouse.

This year has brought a lot of changes to the commercial refrigeration industry. Both refrigerant environmental regulations, which we discussed in a recent article, and energy efficiency regulations have been introduced that have substantially changed how we design, sell and install refrigeration systems.

An article in the near future is going to dive deep into the new Canadian energy efficiency regulations and the annual walk-in energy factor (AWEF), which we briefly discussed a couple of years ago as the introduction of these regulations was underway in Canada. This month, however, I want to go back to basics a bit and talk about what makes an evaporator “efficient” and why we choose the evaporators we do.

Where the magic happens

Evaporators are often described as a place where work really happens. For people who don’t understand refrigeration, they can be something like magic and, truthfully, I have always been fascinated by evaporators. Frost pattern differences between flooded, liquid overfeed and DX ammonia evaporators, the complexities of the proper nozzle and distributor selection for proper liquid distribution halocarbon evaporators, and how some evaporators just “seem” to work better have given me a lot to think about over the years.

This equation shows that for a given cooling capacity we can choose between coils with higher airflows and lower temperature changers, and coils with lower air flows and higher temperature changes; there are reasons we might choose one situation over the other. For example, in some pharmaceutical and blood storage applications it is important to maintain relatively consistent temperatures in a cooler or freezer and choosing a coil with a higher airflow rate can help achieve this. 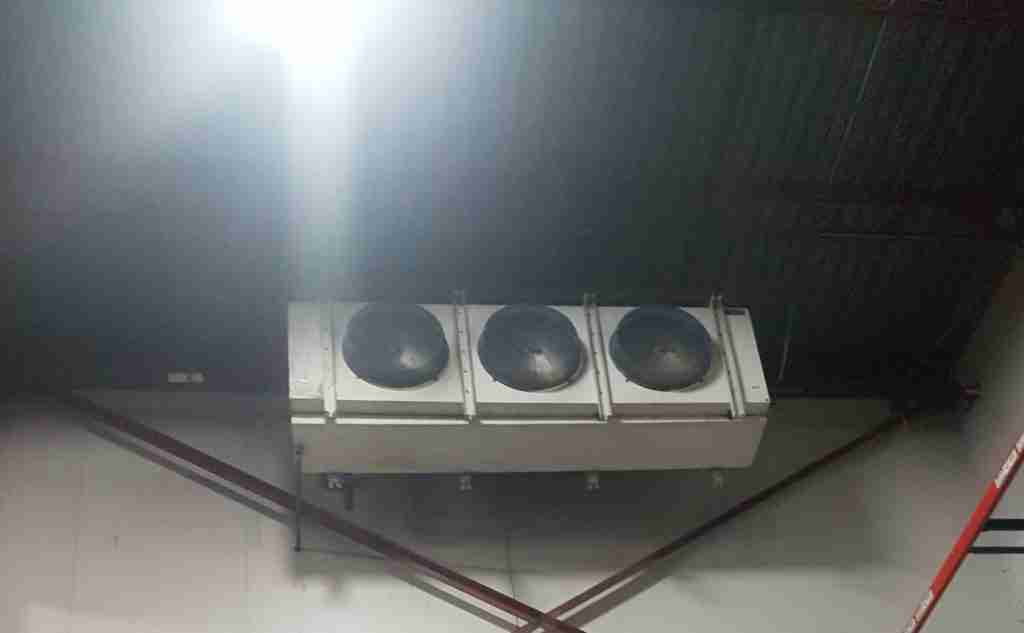 The relationship between TD and coil performance is close to linear.

Assuming that our example cooler has a cooling load of 11,400 Btu/hour, I chose a coil that has exactly that capacity at a 10F TD and an airflow of 1,410 CFM. Using this information and the previous formula, we can estimate that the air temperature across the coil will change as follows: 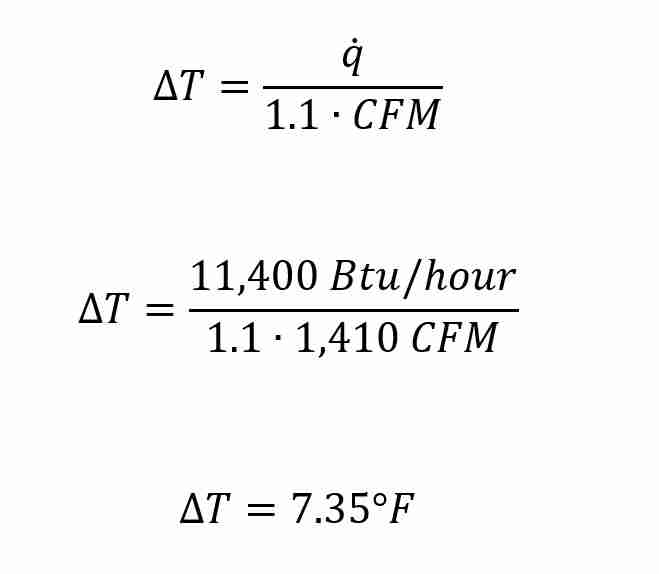 The truth is that there are several other complications to this type of analysis that include things like how well the air mixes and the evaporator placement relative to the load. If you are interested in further reading on this subject, Colmac Coil Manufacturing has published two white papers on the topic. The point I wanted to get across here is that we need to be careful considering evaporator performance during design and it is not always as easy as picking a number out of a catalogue. 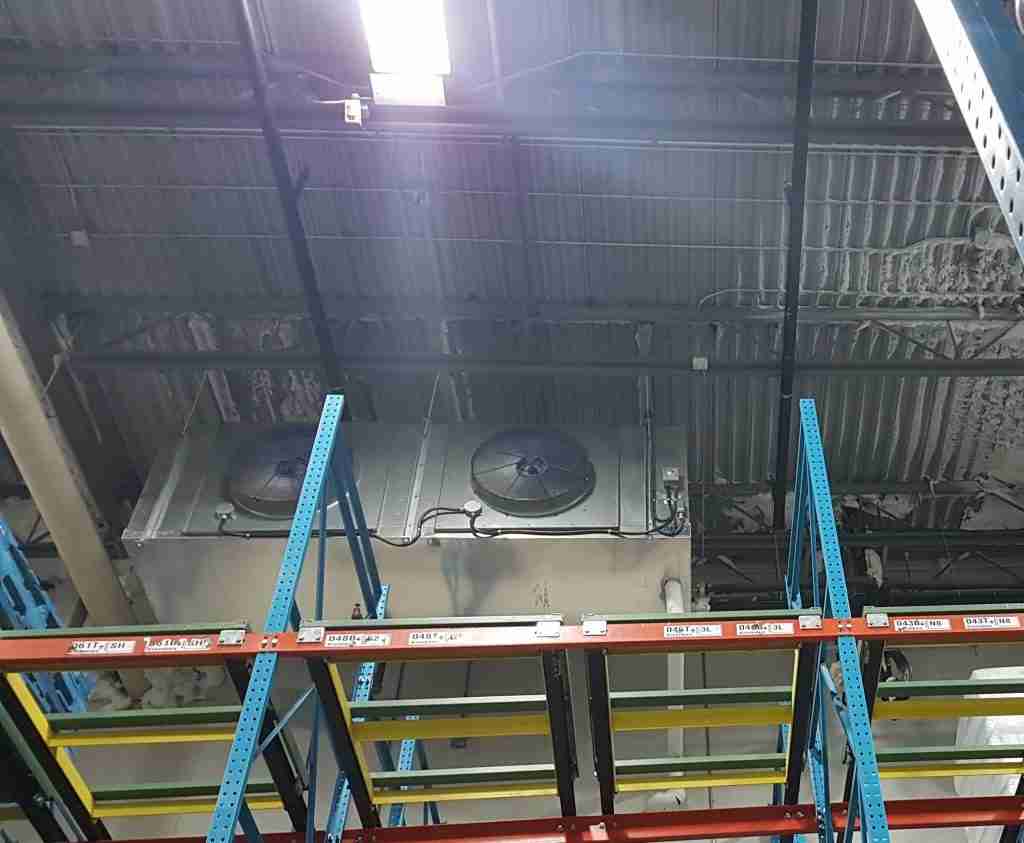 So far we’ve talked about the TD in a lot of detail but haven’t really discussed how we choose a TD if we are picking an evaporator coil. Within the normal operating range of approximately 5F – 20F TDs, the relationship between coil performance and TD is close to linear, which means that if you are given an evaporator rating of 11,400 Btu/hour at a 10F TD, the same coil is going to have a capacity of approximately 22,800 Btu/hour at a 20F TD (it isn’t quite linear and manufactures often provide some small correction factors but it is usually close in this range). Why would we choose a coil with a 20F TD over one with a 10F TD or visa versa? There are several considerations. First and foremost, as we have discussed in previous articles, increasing the suction pressure increases the efficiency of the refrigeration system significantly; it also decreases the size of the compressor or condensing unit. This would lead us to minimize the TD. However, you likely noticed that in our example we could get double the capacity out the same sized evaporator by doubling the TD. Ultimately, there is an optimal balance between capital and operating cost that can help determine the ideal TD but if there are space constraints (reach in coolers, VRFs, etc…), then you are far more likely to use coils with higher TDs. 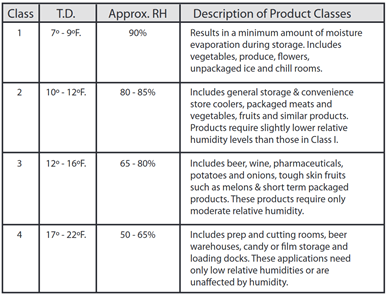 The other reason we care a lot about TDs is controlling the humidity in the space. So far in this article, we have completely ignored the latent cooling capacity of evaporator coils but if they are operating below the dew point of the air then water will be removed from the air. All of the coil ratings we’ve discussed so far the only factor in sensible heat; while this is typical, you must be cautious if you have significant latent heat removal requirements in your space. Conversely, if you are using a coil rating that does include latent heat removal, you could find yourself with a dramatically undersized coil unless you have adequality considered the latent heat requirement of your load. Since the TD of the coil determines how much moisture is removed, it also determines the relative humidity in the space. Figure 1 above provides some guidance in selecting appropriate TDs for several applications.

There are many factors that should go into the design and operation of evaporator coils and it’s not really a surprise that many of them do not function as well as we intend. 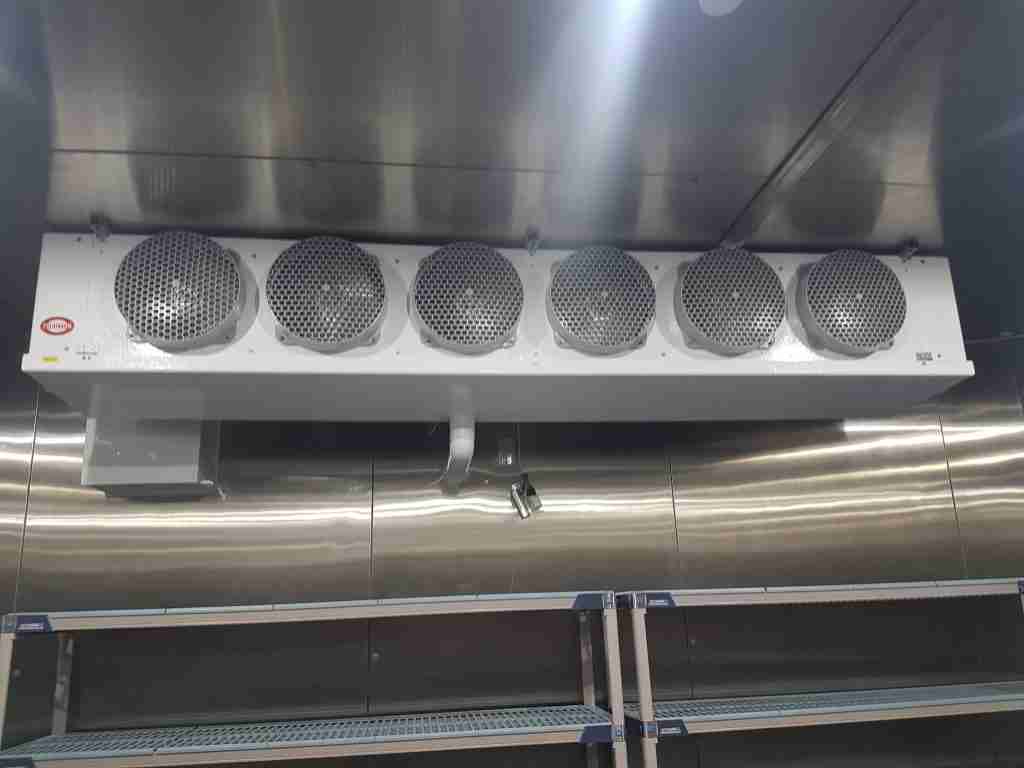 The TD determines how much moisture is removed from the system.