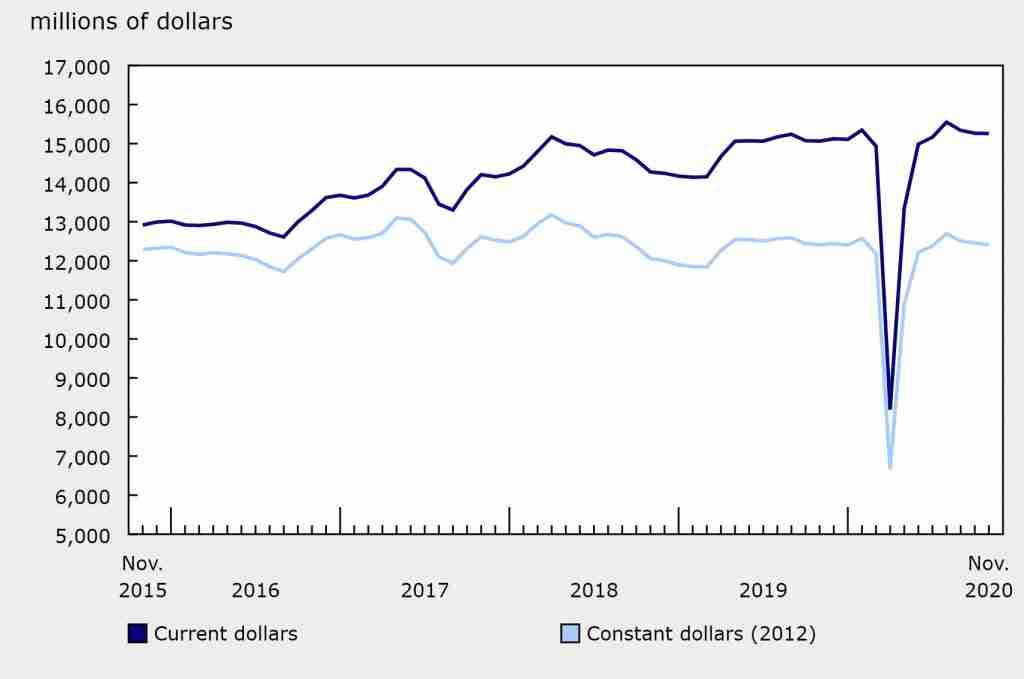 Ottawa, ON—For the third month in a row, the total investment in building construction has declined, edging down 0.1 per cent to $15.3 billion in November. Slight decreases in both residential and non-residential construction led to minimal chance overall. Gains in Ontario and Nova Scotia were offset in large part by declines in six provinces, reports Statistics Canada.

Non-residential investment was mostly unchanged, remaining at $4.4 billion. Slight declines in six provinces were offset by small gains in Ontario and British Columbia. As lockdowns and working from home continued across many parts of the country, reduced investment in office buildings, hotels and restaurants led to an overall reduction in commercial building investment (down 0.5 per cent). Commercial building investment was the lone component of non-residential construction to decline in November and remained below pre-COVID levels.

Investment in industrial building construction increased 0.6 per cent, with the majority of the growth in Ontario and Quebec. The increases reported in Ontario were attributed primarily to the construction of the $100 million Metrolinx Keelesdale transit station in Toronto

Institutional building investment advanced 0.4 per cent—the first increase in this component following four months of declines. The majority of the growth was reported in Alberta and British Columbia, stemming from new construction of educational buildings in both provinces and welfare homes in British Columbia.

Lower investment in multi-unit dwellings more than offset the growth reported for single-unit investment. Provincially, Manitoba reported the largest decline, followed by Quebec. Nova Scotia reached its second-highest value on record, up 15.2 per cent to $271 million.

Multi-unit construction investment declined for the second month in a row for November, down 2.2 per cent to $5.2 billion, and offsetting the growth in single-unit investment. Manitoba, Quebec, and Alberta reported the largest drops of the five provinces reporting declines in this component.