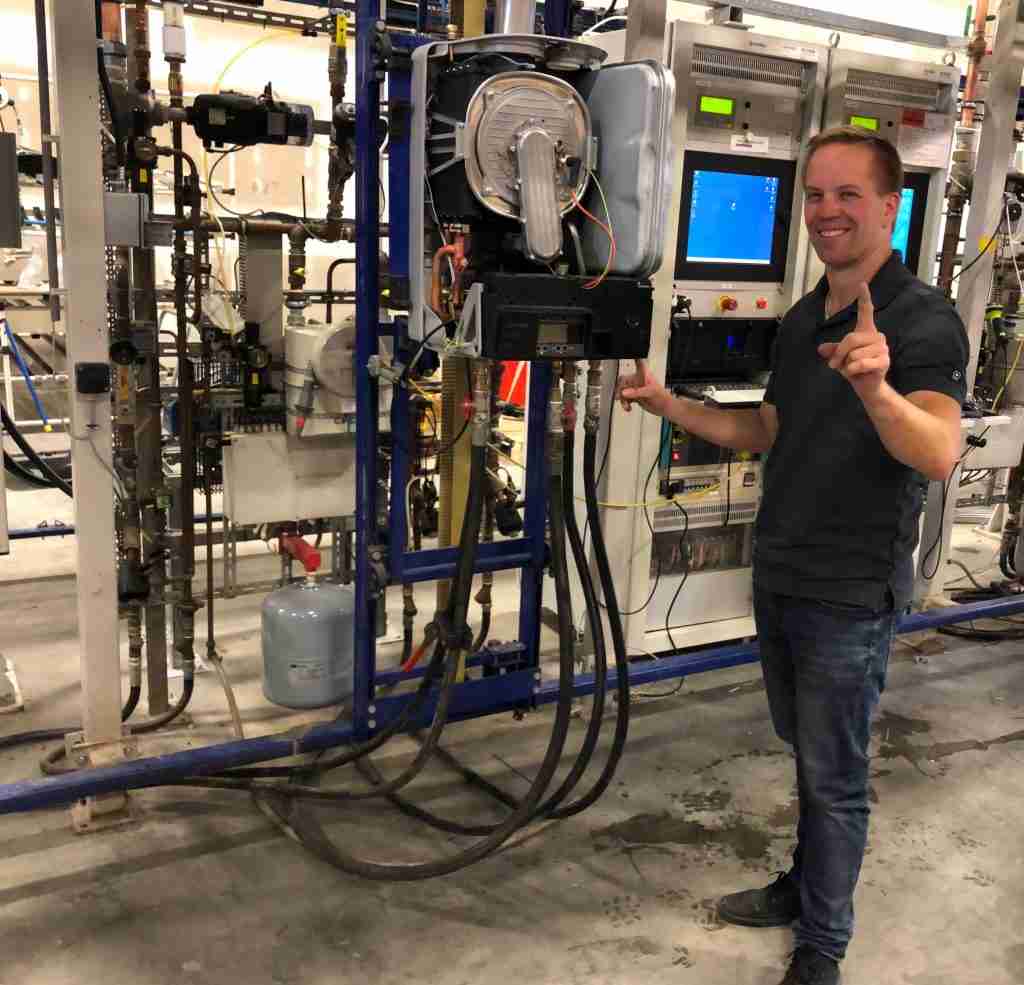 What do you do if you’ve built a business around a high-efficiency European boiler and then the manufacturer decides to end production? Most would find another product or close up if none could be found. But one small B.C. company decided to go into manufacturing.

Company president Chad Euverman, with help and advice from dad Bill, launched Eco-King in his garage in Langley, B.C. in 2009 and began selling products in 2010 – a wall-mounted boiler and an indirect DHW tank.

The company quickly outgrew its Langley location and set up shop in Surrey, B.C. Initially, Eco-King focused on serving the B.C. and Alberta markets. Within five years it had expanded into the U.S. market and, during 2014-15, it expanded across Canada, opening a warehouse in Brantford, Ont. to serve the East.

In this time period, the company was also expanding it’s product line, introducing larger commercial boilers up to 500,000 Btu/h and a line of high-efficiency unit heaters. 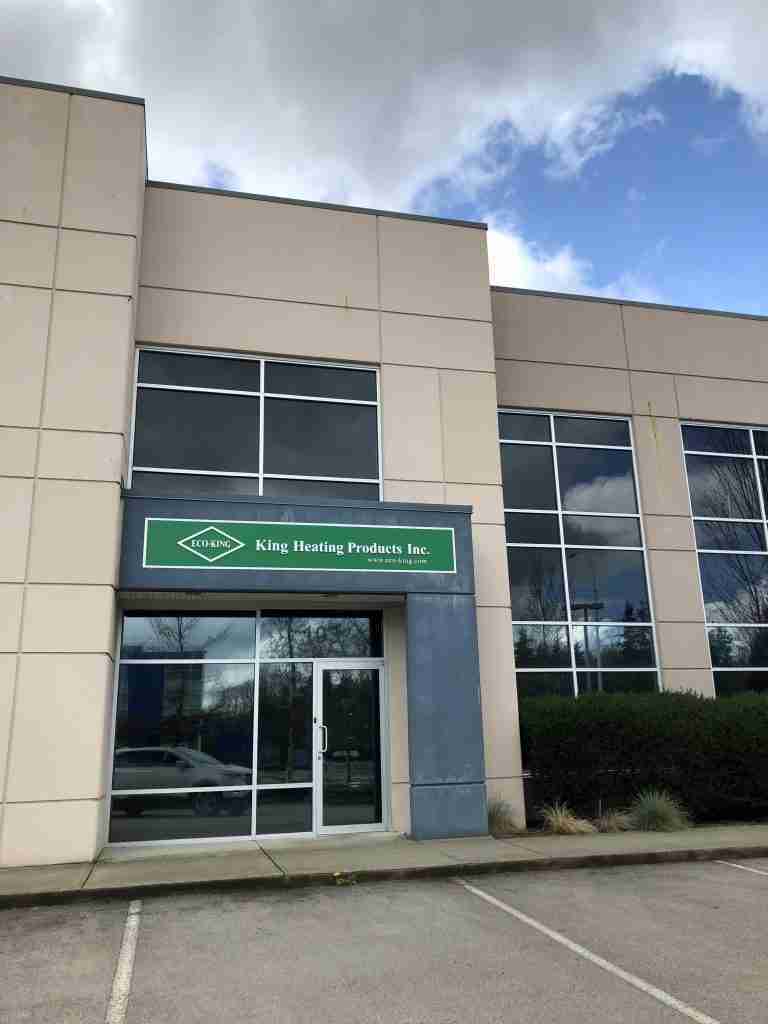 The company quickly outgrew its original location in the owner’s garage and moved to this facility in Surrey, B.C.

Everything was going well until the company’s European supplier stopped making the wall-mounted boilers that had been so successful for Eco-King. The decision wasn’t a total surprise. Officials had mentioned about a year before Euverman started importing the boilers that they were looking at discontinuing them and moving in a new direction. As a result, discussions had been ongoing about the possibility of purchasing the manufacturing rights along with the production equipment.

“We offered to take the line from them in order to continue to supply our customers with our quality boilers,” said Euverman.

On Dec. 14, 2018, five container loads of manufacturing equipment and parts arrived at the company’s Surrey facility. It took a few months to get set up and train workers and the first boiler rolled off the assembly line on March 30 of this year.

There were challenges. Fitting the production line into an already busy warehouse took some doing. The line had to be reduced from 90 ft. to 61 ft. “The support towers were not marked properly, so we basically went second by second through a video we made during dismantling in the Netherlands so we could recognize which support tower went where. It was very time consuming,” he added.

There were power differences for the equipment. “We had to get an electric company in to set up a power inverter to switch from European power to Canadian (230v/60hz to 120/50hz).” Once the line was set up, the former supplier spent a week working with Eco-King to commission the new plant and train employees. One advantage of taking over the manufacture of an existing boiler line is that it already had CSA certification, which was transferred to the Canadian company. 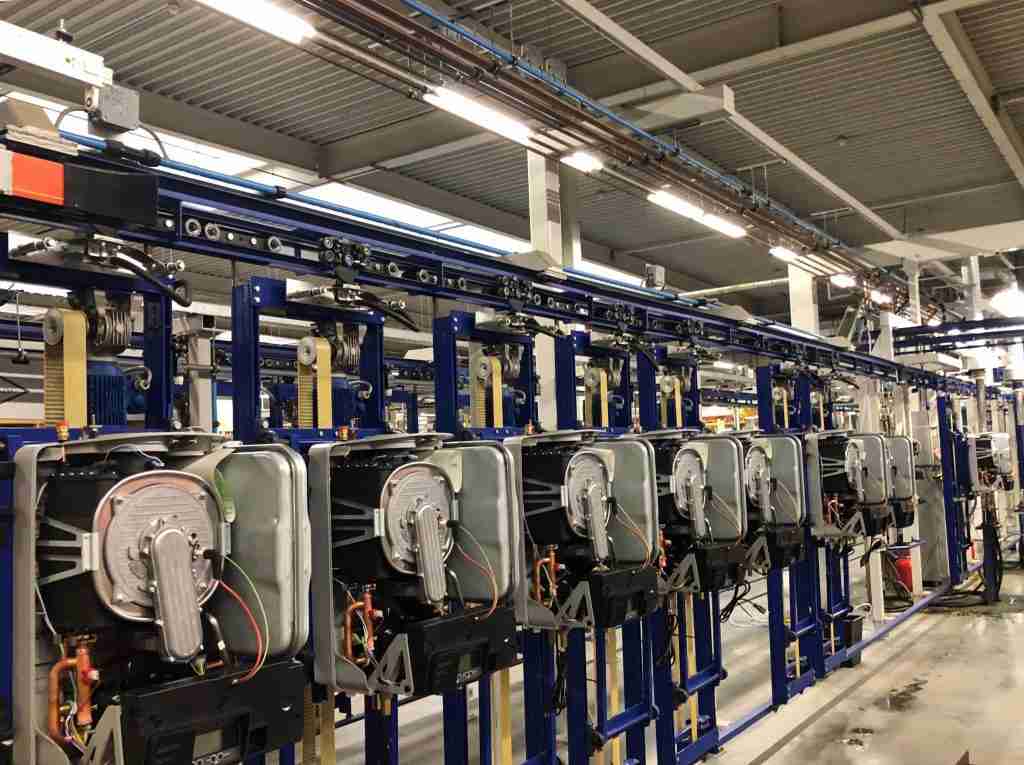 Fitting the 90-foot production line into a 61-foot space took some doing.

Going into manufacturing is bringing new opportunities for the company. “It changes our focus now that we are manufacturing,” noted Euverman. Eco-King can now move into new markets by expanding the line of products it manufactures. The company is already looking at introducing its own line of tankless water heaters.

Today the company’s line includes residential and commercial high-efficiency boilers from 100,000 to 500,000 Btu/h with efficiency ratings up to 96 percent, stainless steel DHW indirect tanks, the unit heaters and high-efficiency water heaters from 50,000 to 250,000 Btu/h.

But Eco-King is still a small company. It has eight employees. “We are never going to compete with the big manufacturers,” said Euverman. But it has been quite successful in carving out its own niche in the market by focusing on a narrow product line that is finding favour among engineers and installing contractors.