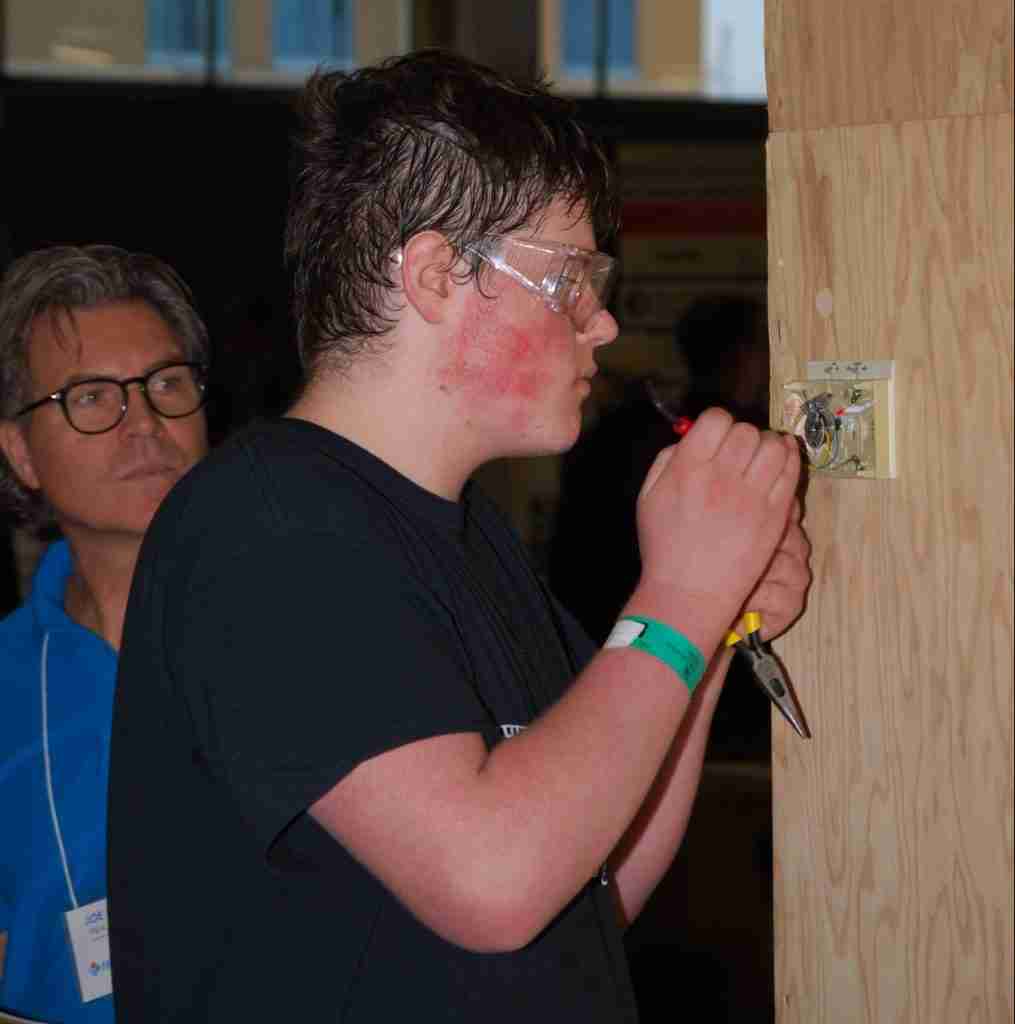 Education is critical in keeping up to date on equipment. An apprentice technician installs a thermostat under the watchful eye of a judge at Skills Ontario 2019.

When Ontario Premier Doug Ford and his Conservative government were elected in June 2018, a key promise was to shut down the Ontario College of Trades, the body set up to manage trade apprenticeship and licensing by the previous Liberal government. Today, the College is still operating and still performing that function, but it faces an uncertain future.

“We’ve already moved to simplify the system by winding down of the College of Trades and reducing the journeyperson to apprentice ratio. My goal is to have a simplified apprenticeship system that has businesses across the province engaged and taking on apprentices,” Monte McNaughton, minister of labour, training and skills development and Conservative MPP for Lambton-Kent-Middlesex, told Plumbing & HVAC in an exclusive interview.

One of the new government’s first pieces of legislation was Bill 47, the Making Ontario Open for Business Act, 2018 – which includes provisions for the College to begin winding down.

But doing that and then developing another system to replace it has proven difficult. The trades remain a heavily regulated sector and some type of regulation is needed, explained Dorothy McCabe, government relations specialist for Ontario at the Heating, Refrigeration, and Air Conditioning Institute of Canada (HRAI). “We believe that significant consultation with our sector is required to ensure the transition to the next (version) of the program is successful.”

Industry consultation was expected to begin early in 2020 and take a couple of years.

Trying to get it right

The new minister has delayed industry consultation to “take the time to get this right to make sure that we’re doing the wind–down in an orderly fashion.” McNaughton plans a province-wide tour to visit with “frontline” tradespeople – including colleges, apprentices, businesses, and union training centres. The hope will be to get input on how a better system can be created that will encourage more apprentices and encourage employers to hire more apprentices.

In Ontario, only six per cent of businesses are taking on apprentices while elsewhere in Canada, the rate is as high as 19 per cent, reported McNaughton. The goal will be to develop a world class apprenticeship system.

Changes are expected to the current system, but at this point little is known about what those actual changes will entail. Under the previous minister, there were recommendations written into the legislation specifically about things like portable skill sets.

“A portable skillset model will help apprentices get trained and working faster – without compromising health and safety,” said the government in a press release. “Apprentices will be able to train in the exact skills that an employer or job requires. They can also choose to continue their training for the full trade or in other skills later.”

There is concern in the industry about adopting this – specifically the idea of “de-skilling” the trades.

The college model established by the Liberal government in 2009 was set up as a self-regulated and funded entity. It was intended to be run and paid for by the industry, like the College of Physicians or College of Teachers. The new Modernizing the Skilled Trades and Apprentices Act, 2019, introduced in April 2019, shifted authority over the trades back to the Ministry of Labour, Training, and Skills Development.

Membership fees, long a sore point in the industry, were reduced or eliminated last April. “We moved decisively to reduce the fees that trades pay because we’d heard over the last number of years about OCOT’s membership fees,” said McNaughton.

In late September, two training skills advisors were designated to set up a consultation framework. However, those appointments were made under the previous minister.

As of now, there are no guarantees on what the system will look like until McNaughton has a better understanding of the entire sector.

A Construction Advisory Panel was also announced at the end of September, which will provide an opportunity for the minister to hear the different perspectives and concerns from construction industry partners.