Ottawa, ON — The Labour Market Information Council (LMIC) and the Education Policy Research Initiative (ERPI) released the findings of their new joint research project which details the early career earnings of Canada’s skilled trades certificate holders, including that women are concentrated in lower-earning trades and, as a result, earn considerably less than men overall as well as within the same broad trade categories.

The report – How much do they make? New Evidence on the Early Career Earnings of Trade Certificate Holders – analyzes earnings from Statistics Canada’s Education and Labour Market Longitudinal Platform (ELMLP) with a focus on those with certification in the Red Seal trades, which have common national standards and account for 75% of all those who gain certification. This new research comes at a time when jobs in skilled trades have rebounded above pre-pandemic levels and labour shortages among the skilled trades have already re-emerged as an issue. 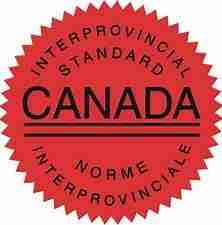 “By providing new information on the early career earnings of those who obtain certification in the skilled trades, our research can help individuals make critical training, education and career decisions, especially when these findings are placed alongside our previous study on the earnings of post-secondary education graduates” said Ross Finnie, Professor at the University of Ottawa and Director of EPRI and lead author of the report.

Key findings from the report include:

“These strong earnings patterns demonstrate how skilled trades can be an attractive career path for many,” said Steven Tobin, Executive Director at LMIC. “Our report acknowledges the sizeable differences in pay between men and women which, among other factors, may contribute to why few women participate in the trades.”

“Choosing a career is one of the most important decisions people can make but it can often feel like a leap of faith. Having sound data on employment outcomes is incredibly important for students but also for post-secondary institutions, employers and policy-makers. The Labour Market Information Council is a trusted source in that regard and an invaluable partner for the college sector as a whole. With ongoing labour shortages in many skilled trades, we are especially happy that LMIC partnered with the Education Policy Research initiative to focus on the earnings of trade certificate holders for this latest study,” said President and CEO, Colleges and Institutes Canada, Denise Amyot.

How Much Do They Make? New Evidence on the early earnings of trade certificate holders. (CNW Group/Labour Market Information Council)