The Heating, Refrigeration, and Air Conditioning Institute of Canada (HRAI) presented a number of awards at its 51st Annual Conference held Aug. 25-27 in Niagara Falls, Ont. 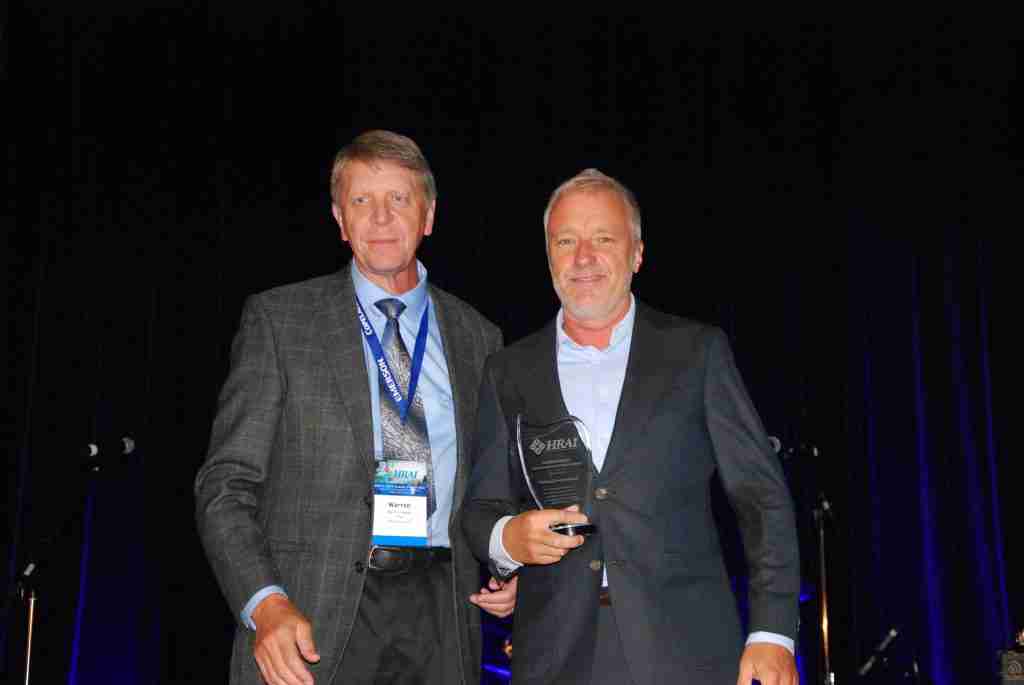 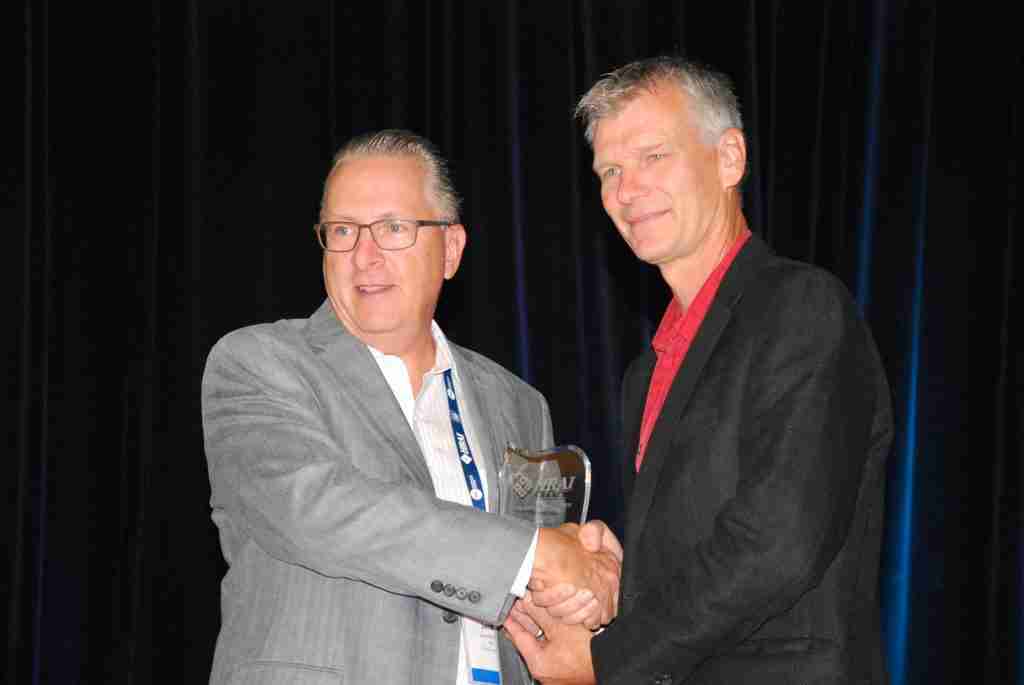 Peter Spoelstra, retired from Enbridge, received one of three President’s Recognition awards at the breakfast session on Aug. 27 from HRAI president Sandy MacLeod. 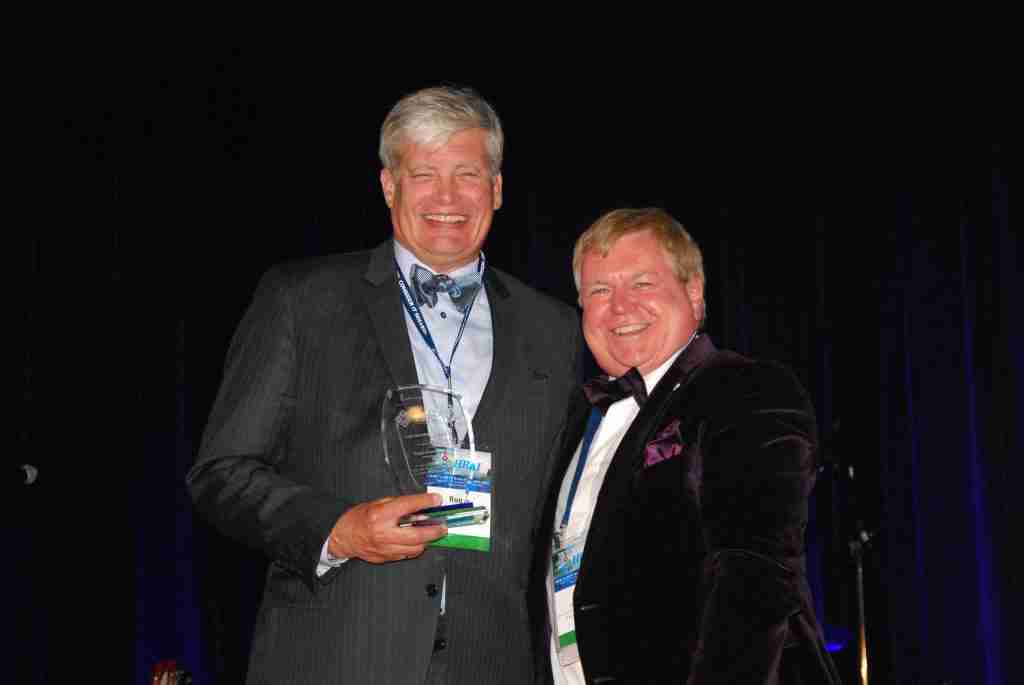 This year’s recipient of the Life Member Award was Roger Grochmal, left, chairman and chief executive officer for AtlasCare, Oakville, Ont. This is awarded to individuals who have made a significant contribution to HRAI and the industry for 20 years or more. Fellow contractor and past chair David Weishuhn, president of Blue Flame Heating and Air Conditioning, Toronto, presents the award. 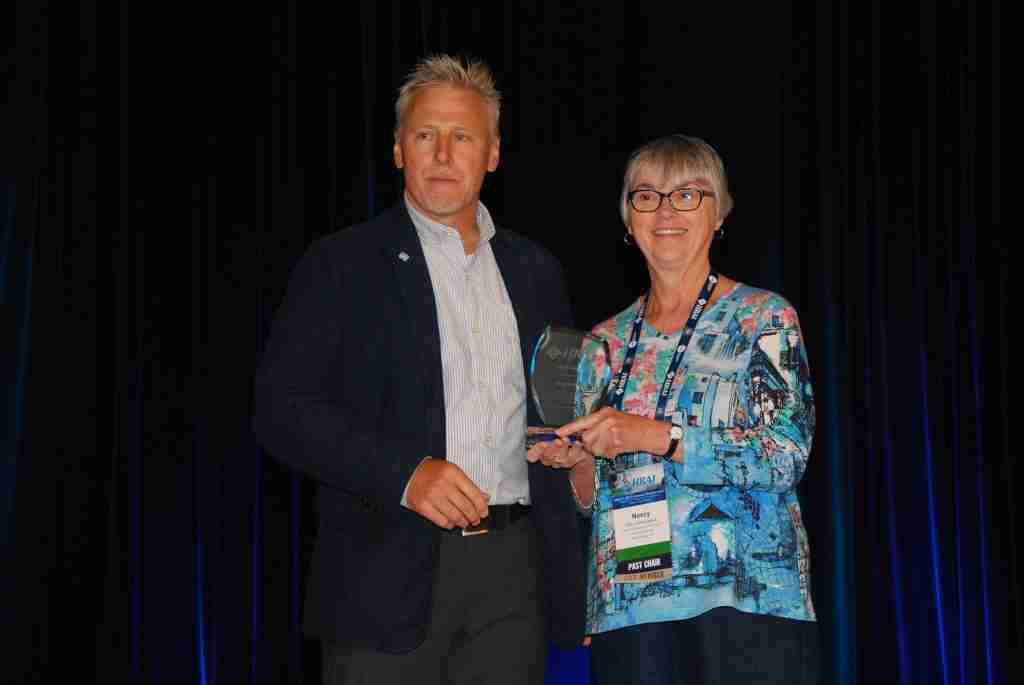 Peter Steffes, Vollmer Inc., Windsor, Ont., received the Merit Award this year but was unable to accept the award himself. Nancy McKeraghan, principal of Canco Climatecare Heating and Air Conditioning, Newmarket, Ont., accepted the award on his behalf. The Merit Award recognizes an outstanding contribution by an industry representative to the development and progress of the Institute and the Canadian HVAC/R industry. 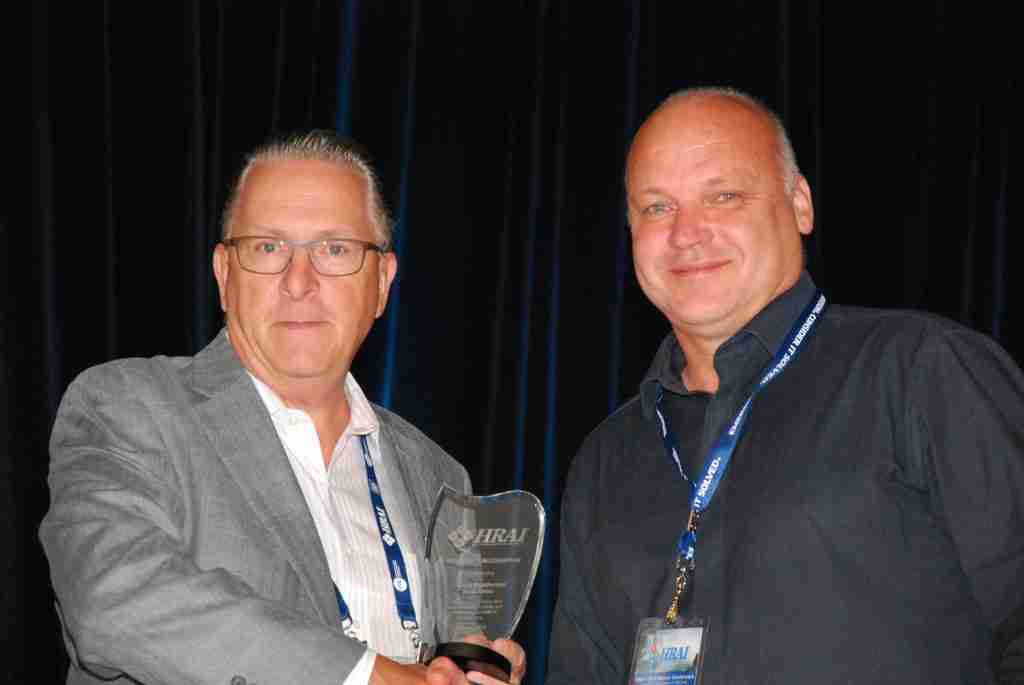 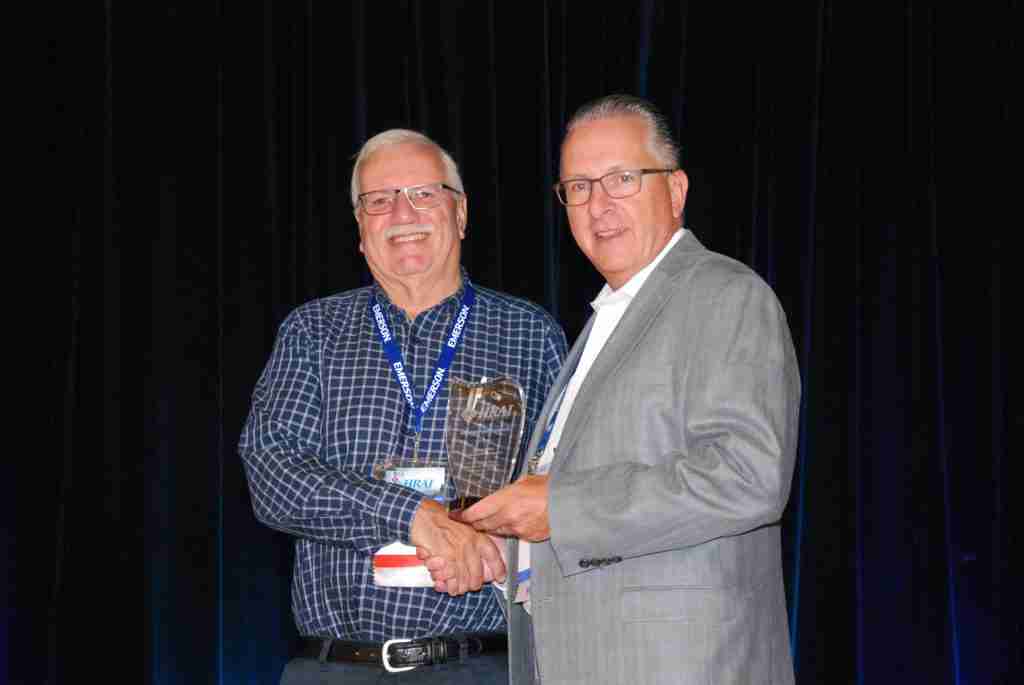 Our very own Simon Blake received the President’s Award at this year’s HRAI conference. Simon has been the editor of Plumbing & HVAC Magazine for over 20 years.