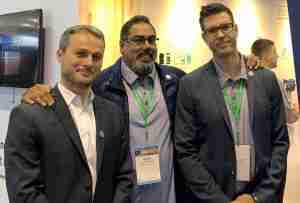 Distech Controls, Brossard, Que., has announced a number of promotions.

Eugene Mazo has been promoted to vice president of software. Mazo was the co-founder and CEO of DGLogik before the acquisition by Acuity Brands in 2016. In his new role, he will work with product management, research and development, and sales teams. Both Mazo and Pelletier will report directly to company president Martin Villeneuve,

Additionally, Ryan Sen was promoted to vice president of international sales. He joined Distech in 2006 and was responsible for developing the support infrastructure across the Canadian and expanded international region. He will work on growing the Canadian, Asian, Australian, Middle Eastern and Indian markets.

“Individually these leaders have distinguished themselves by their professionalism and dedication to the company,” said Villeneuve. “Collectively they will further help us drive our strategic vision for growth and provide a world-class experience to our partners and end-user customers.”